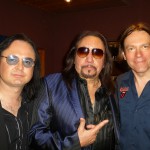 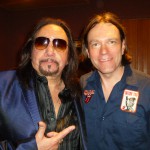 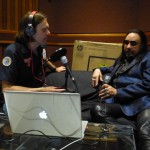 On this episode of the podcast Mark Strigl interviews Ace Frehley. Topics include his new album ‘Space Invader’, the lineup of his current band, the upcoming tour, Gibson guitars, his recent conversation with Gene Simmons, jamming with the Tonight Show band and Four by Fate.

The interview with Ace starts about 11 mins into the episode.

During the interview, when asked if he has spoken to any of the original members of Kiss since the Rock N Roll Hall Of Fame induction early this year Ace says “I spoke with Gene. I called him up and we were reminiscing about old times. The press makes it out like we all hate each other and that is utter nonsense. We all get along and we all have respect for each other. We all take cheap shots at each other in the press because that is what the press want to hear but when push comes to shove we are brothers in Rock n Roll and we have achieved something very few people do.”

Support Talking Metal!!!! Buy a TM t-shirt in the Merch section, use the Paypal tab to make a donation, OR use this link to make a purchase on Amazon.