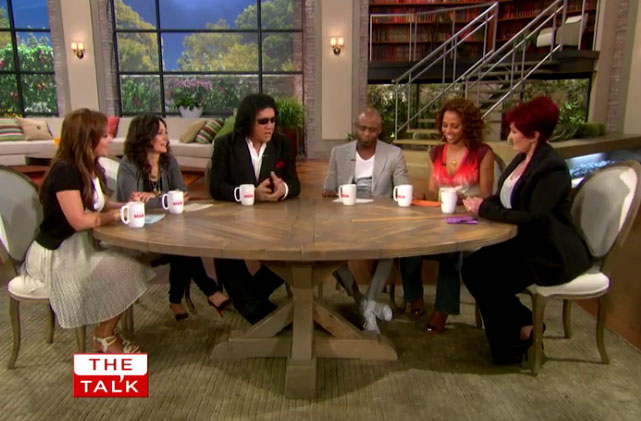 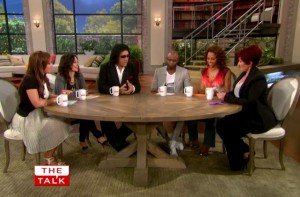 It’s not quite on the level of last week’s Joy Behar Show debacle, but this clip from Gene Simmons’ appearance on Monday’s episode of The Talk is worth at least a wince. In it, co-host Sharon Osbourne calls Simmons out for ”many, many years ago” saying that unlike the kids on The Osbournes, his kids (as seen on Gene Simmons Family Jewels) are not on drugs and for calling Ozzy Osbourne ”sad.”

While it’s kind of amazing to watch celebrities drop the veneer of politeness and discuss their beef openly and civilly on daytime television, their exchange is tone deaf. First of all, Osbourne’s kids were on drugs. And maybe Ozzy isn’t a sad person, but feeling sad after watching someone whose job is communicating with the public basically struggle to have a coherent conversation is a completely reasonable response.

Finally, after Simmons apologizes, he assures Osbourne, ”Your family is your business and no one has a right to say anything about them.” This is untrue, as parading your family through pop culture grants everyone the de facto right to comment as they see fit. It may not be ideal, but that’s the way it is, and to assume otherwise betrays Osbourne’s image as a media savvy businesswoman. For such a gutsy broad, she has an awfully thin skin.

Watch the confrontation below: