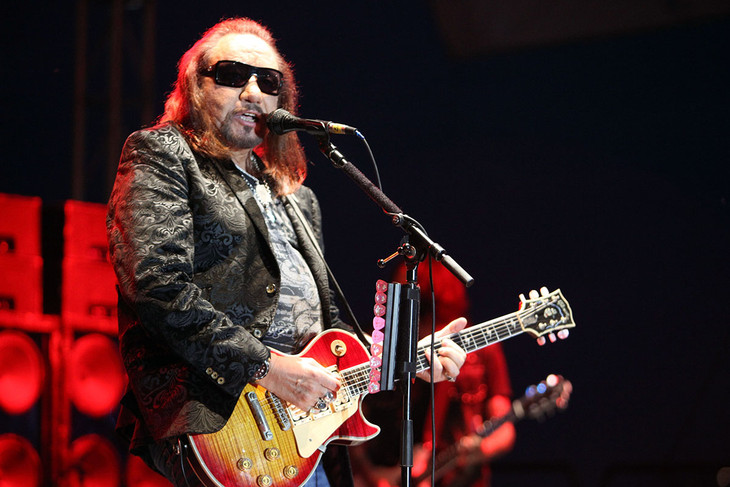 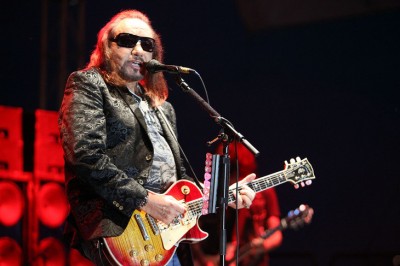 Although the original lineup of KISS will sadly not play their Rock & Roll of Fame induction ceremony, original lead guitarist Ace Frehley confirmed to Fuse that he will be part of the Rock Hall’s signature All-Star Jam at the end of the ceremony on Thursday night.

”Rage Against the Machine’s guitarist, Tom, he called me up last weekend and asked if I’d be involved with the jam,” Frehley tells us. ”I said, ’Yeah, sure, I’d be more than happy to do it. Hand me a guitar, I’ll play.’ I’ve been doing it for long enough, right?”

As for current KISS members Tommy Thayer and Eric Singer not being inducted—which Gene Simmons and Paul Stanley are not remotely happy about—Frehley isn’t shedding any tears.

”It’s not just Tommy and Eric [not getting inducted],” he points out. ”There was also [former members] Eric Carr, Vinnie Vincent, Mark St. John and Bruce Kulick. All good musicians and nice guys and I’m friends with most of them. But I think there’s a rule—25 years. They may have bent the rules for some people, but they’re holding true for them when it comes to KISS.

”Which isn’t a bad thing—the four original members and our body of work is what made KISS happen. They’re pretty much a parody of what we used to be. Whattaya gonna do?”

In addition to playing the All-Star Jam, Frehley says he’s bringing his new fiancée Rachael Gordon—who ”co-wrote a couple songs with me on my new record”—to the ceremony. Frehley’s new solo album, Space Invader, drops June 24 and includes a cover of Steve Miller Band’s ”The Joker.”

Watch Frehley sit down with Trans-Siberian Orchestra’s Chris Caffery to chat riffs, feedback, influences and jam together in an upcoming episode of Fuse’s original digital series Metalhead to Head.