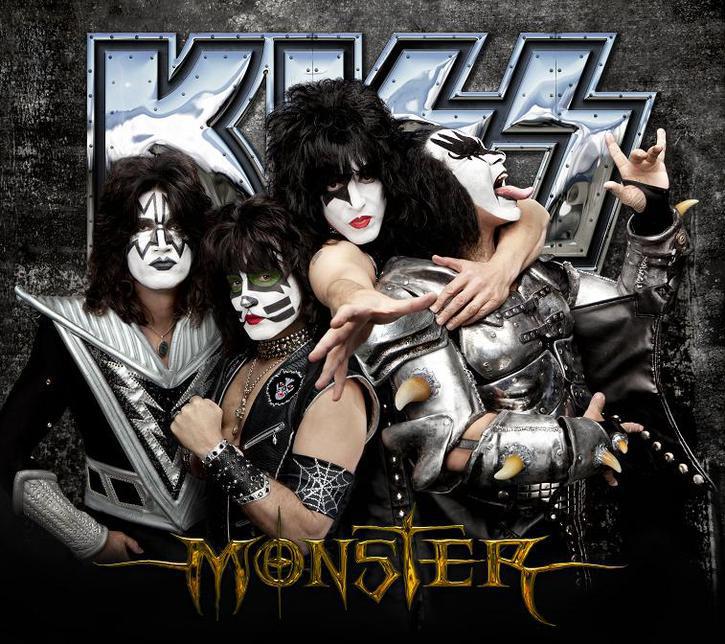 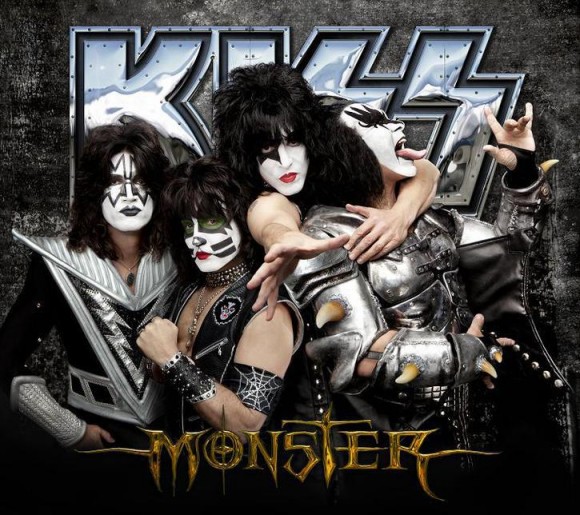 by Gary Graff, Detroit
Gene Simmons Talks ’Monster,’ Vows Band Will Tour ’Everywhere’
Gene Simmons says fans will hear a slightly different tact from Kiss when its new album, ”Monster,” is released Oct. 16.
”A lot of the lyrics and points of view have less to do with sort of the cocksmanship, craftsmanship — ’Hey babe, I’m gonna rock you all night long,’ and are more about sort of primal notions about who we are and how we feel,” Simmons tells Billboard.com. ”So something like ’The Devil is Me,’ for instance, is more confessional; you can keep pointing your fingers at all the evil in the world, but you’ve got some of it and here’s the Lord’s decree — the devil is me. Maybe there’s a little devil in all of us.”
Simmons considers ”Monster” to be ”one of the best or the top three albums we’ve ever done.” Like 2009’s ”Sonic Boom,” Kiss kept the 12-track ”Monster” raw — ”Just guitar and drums, nothing else,” Simmons says — and singer-guitarist Paul Stanley again sat in the producer’s chair. ”In both instances he put aside everything else in his life and was there,” Simmons says of Stanley, who co-founded Kiss with him in 1972 and stood up in his 2011 wedding to Shannon Tweed. ”I no longer have that patience or the temperament to be strapped in the studio for three months. There’s too much going on outside, and who better to trust than (Stanley)? He’s a very good team player and isn’t afraid to say, ’Yeah, maybe I’m not right? Let’s try this’ or ’Let’s try that.’ We’d go in and just try anything. It’s really a band effort, like four guys in a car but somebody’s got to be driving and everybody else is going, ’No, turn right here, turn right there!’ Ultimately we’re all going to the same place, and Paul got us there.”
Kiss has released a first single from ”Monster,” ”Hell or Hallelujah,” which the group is already playing during its current tour with Motley Crue. ”Paul came in with a guitar chordal pattern, and it was originally called something else,” Simmons recalls. ”Then a few days later he came back in and said, ’What do you think of ’Hell or Hallelujah?’ and we all just sparked to it and went, ’Yeah, that’s right.’ ” Some of ”Monster’s” other songs, meanwhile, have a bit of history. For instance, Simmons says he wrote ”Eat Your Heart Out” during the 70s but made some significant changes for the version that appears on the album.