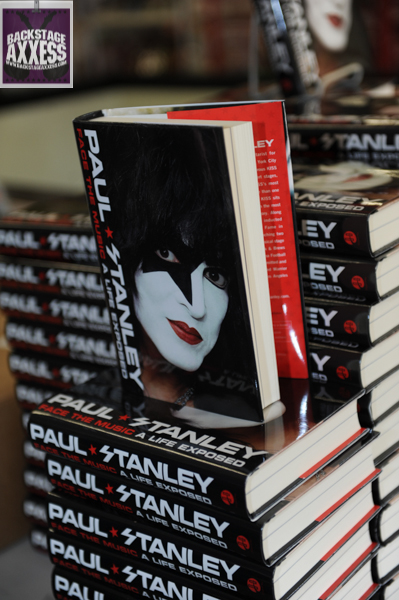 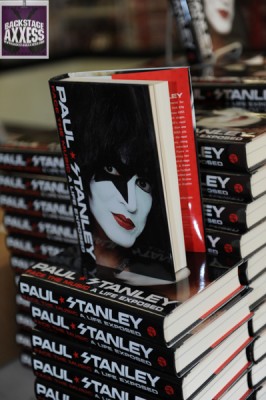 Wouldn’t You Like To Know Him: Reflections on Paul Stanley’s new book Face The Music: A Life Exposed

First off, I have a great deal of respect for Paul Stanley and I have long been a huge admirer of his songwriting skills, he’s clearly very talented. KISS were my favorite band for all of my formative years and I was ecstatic when the original line-up reunited in 1996. I was lucky enough to see the band twice on the subsequent tour and I treasure those memories. Unfortunately ever since that triumphant Reunion Tour I have found myself repeatedly disappointed by decisions that have been made by Paul Stanley and Gene Simmons, from the disastrous Psycho Circus ”reunion” album to the deceptively monikered and marketed ”Farewell Tour” to the recasting of the ”spaceman” and the ”catman” as entities other than Ace Frehley and Peter Criss. The most recent and perhaps most unfortunate development in the KISS saga has been the completely unnecessary controversy surrounding the band’s long overdue induction into the Rock and Roll Hall of Fame. It seems rather obvious to me that the four original members of KISS should have performed together one last time at the ceremony and amicably and respectfully paid tribute to the band’s legacy and its devoted fans. It would have been a very special moment but it did not happen because Gene and Paul did not let it happen and a wonderful opportunity was squandered, and for what?

Let me begin by saying this: Paul Stanley’s book Face The Music: A Life Exposed is by far the best of the four KISS memoirs. Of course if you’ve read the other three books you know that that isn’t saying much. Gene’s book was a self-congratulatory love letter to himself, Ace’s was predictably scant on details, and Peter’s I suspect was mostly a work of fiction. Paul’s book is the best of the four almost by default. Let me put it this way: unlike the other three, Paul’s book is actually good. Paul Stanley has always struck me as the most down to earth and level-headed of the four and in a brilliant move he waited until the other three guys had each written a book before writing his own, thus Paul Stanley gets the last word and he takes full advantage of that position, slamming all three of his original bandmates mercilessly.

In the opening chapters of the book Paul describes a very difficult childhood, thanks in no small part to the deformed ear and partial deafness with which he was born. Clearly he struggled. He also laments his upbringing, lambasting his parents for the lack of affection they showed to each other and to Paul and his mentally unstable sister (who apparently attempted to kill young Paul with a hammer). Paul does not hesitate to blame many of his later problems forming relationships on the relationship that he had with his parents. This is understandable, but considering how aware Paul is of his own issues and what may or may not have caused them (he devotes a great deal of the book to describing how his feelings about his deformed ear and the way that others reacted to it damaged him emotionally and inhibited him in his social interactions) one might think he’d be more sympathetic when it comes to the personal issues of others. He is careful to trace many of his own problems back to how he was treated by his parents and his deformity and its ramifications, but when it comes to other people (those same parents, Ace Frehley, Peter Criss, Eric Carr) he never even seems to consider the possibility that these other people maybe had some negative experiences in their own lives that might help explain some of the behaviors that Paul so resented and for which Paul did not hesitate to judge them harshly. His superior tone throughout makes it clear that he made little or no effort to relate to or empathize with these others. It’s all judgement and dismissal.

I urge any KISS fan who reads Paul Stanley’s book to undertake this exercise: when you get to the part where Paul describes Ace Frehley circa 1977-1978 stop reading the book, put Ace Frehley’s 1978 solo album on the stereo, and then pick the book back up and read Paul’s description of Ace while listening to the record that Ace made in 1978 and you tell me, could the guy that Paul describes possibly have made that masterpiece of an album? The answer, of course, is no. The Ace Frehley solo album is so clearly an example of an artist at the top of his game as opposed to the bottom of a bottle. Think about this: as of 1978 Ace Frehley and Peter Criss had taken part in a juggernaut of a career that had produced six studio albums and two live albums in four short years, not to mention an almost non-stop touring schedule, hundreds and hundreds of concerts. Yet according to Paul by 1977 Ace and Peter were utterly inept living disasters. Here’s what I think: Paul Stanley is GREATLY exaggerating Ace and Peter’s ineptitude. Why? I don’t know: bitterness, resentment, a desire to undermine their credibility, an effort to downplay the importance of the roles they played in the success of the band…you tell me.

Here’s something else to ponder: Paul Stanley tries very hard early on in his book to convey just how important the formation of this band was to him and to his future. He is very careful to point out that the band that he was forming in 1973 was everything to him, he had no plan B, the band simply had to work, absolutely everything was riding on it. So think about it: with everything on the line Gene and Paul chose Peter Criss and Ace Frehley. Why did they choose Peter Criss and Ace Frehley? Clearly they had many drummers and guitar players to choose from. Why Ace and Peter? Obviously because they liked them and thought they were talented. Gene and Paul selected Peter and Ace as the drummer and guitar player that they felt they needed in order to make their band successful. Why else would they have chosen them? But now Paul would have us believe that KISS succeeded in spite of Ace and Peter. Bullshit.

At least Paul admits in the book that Carnival of Souls and Psycho Circus were misguided disasters but he places most of the blame on Gene for the former and Bruce Fairbairn for the latter. He criticizes Ace and Peter for not accepting responsibility for their mistakes but when it comes to weakly imitating grunge or completely dropping the ball on the reunion album Paul refuses to take responsibility for his own mistakes. At one point Paul complains that during the making of Psycho Circus the only way that he heard from Peter or Ace was through a lawyer. So now I finally understand why Ace and Peter were not involved in the making of the so-called reunion album. It’s pretty simple: Gene and Paul ripped them off big time on the Reunion Tour, apparently making at least ten times as much as Ace and Peter, so Ace and Peter decided to renegotiate and use the making of the album as leverage, and who can blame them? But rather than treat Ace and Peter fairly Gene and Paul decided to make the album without them and then, showing an utter lack of respect for the fans, promoted it as a reunion album.

So yes, I accuse Gene and Paul of ripping off Ace and Peter on the Reunion Tour. Gene and Paul exploited unfair leverage they possessed and kept the bulk of the profits for themselves, even though Ace and Peter were equally important and equally deserving, in my opinion, of reaping the rewards. I say Gene and Paul ripped them off. What might Paul’s retort be? To call me an anti-semite, perhaps? Paul accuses both Ace and Peter of anti-semitism but doesn’t offer a shred of evidence beyond an anecdote about Ace buying Nazi memorabilia while the band was on tour. Paul is being extremely disingenuous at this point in the book since any Kiss fan who owns Lydia Criss’ book has seen the pictures of Paul wearing that same Nazi memorabilia.