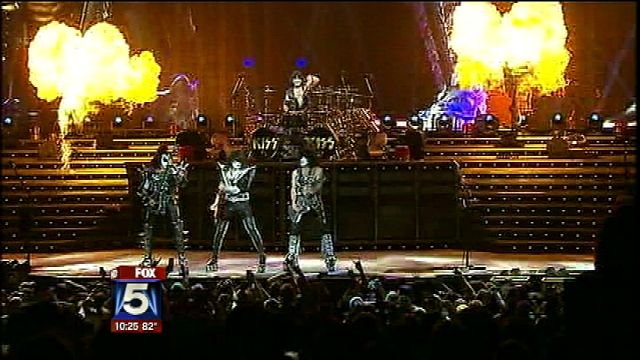 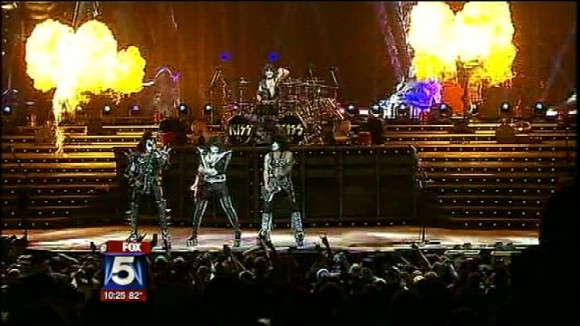 The gates opened for 2,000 U.S. servicemen and servicewomen along with their families to get the chance to watch the band perform live.

Celebrating 40 years together, Gene Simmons and Paul Stanley are taking KISS on the road again for a world tour that starts right here at Jiffy Lube Live Friday night.

”The greatest thing is to have our kind of success and by then, you don’t do anything you don’t want to. We do this because we love doing it,” said Stanley.

Among the many diehard kiss fans who wear the uniform and a little makeup was U.S. Army and Iraq War veteran Robert Crespo.

”KISS is just big. It’s huge you know. It’s more than a rock band, more than a religion. It’s like a lifestyle,” he said.

One of the band’s guests this night is a 20-year Army veteran who served three yours in Iraq and Afghanistan. He is a man who beat out 1,900 other military veterans in a contest to become a roadie for KISS during the band’s upcoming world tour.

His name is Paul Jordan. And he’s no ordinary KISS fan. He ears a tattoo of Gene Simmons, the man who hired him, right over his heart.

”This is incredible. I’ve always dreamed of working for KISS and now it’s a reality,” Jordan said.

Jordan said the man with that humongous tongue doesn’t just talk the talk when it comes to honoring our military veterans.

”We do nothing. We are humbled, we are honored that our military even exists,” said Simmons. ”You’ve got a situation where every country in the world looks up to America secretly. They’re jealous. They can’t believe it.”

”The greatest national treasure of any free country is the people who keep it free,” said Stanley.