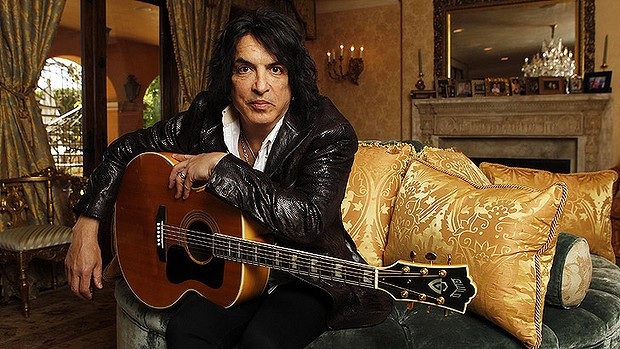 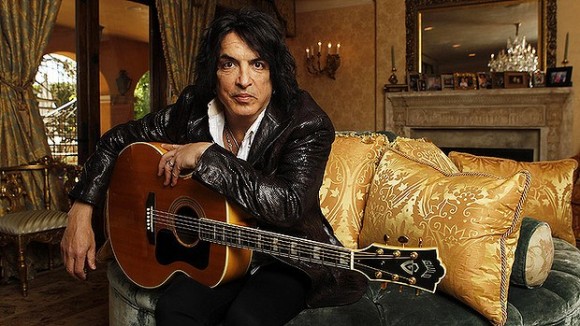 Get ready for the KISS ’apocalypse’

Get out your makeup and dust off those platform boots, KISS is hitting the road again, teaming up with fellow rock band Motley Crue for The Tour, which kicks off on July 20 in the US.

The band, with its painted faces and pyrotechnics, was among the biggest acts of the 1970s, coming out of the glam rock era with hits like Rock and Roll All Nite as a predecessor of 1980s the heavy metal groups that included Motley Crue.

We were given up for dead before our first album came out, and I think we’re like a rallying cry to fans of what’s possible.

KISS guitarist and singer Paul Stanley recently spoke about the tour, the band’s new album Monster, and the secret to the group’s longevity.

After all these years, do you still feel pressure when you hit the road?

I do. I’m very excited about it but I also know there’s a lot to live up to. We’re really up against our own reputation and the legend of what KISS is supposed to be, and that grows bigger and bigger. How much of it’s true I don’t know, but we have to live up to that.

So what can fans expect?

The apocalypse! It’s a lot more than people usually get in one night. It’s being bombarded with rock ’n’ roll. Motley’s co-headlining, and one thing we didn’t want to do was the kind of sabotage between bands that happens. We always figured, let a band go out and do the greatest show they can, and that’ll only amp us up to do what we do that much better. There’s no ego clashes, and this is another way to give fans more than just a concert – it’s an event.

What about the new album which you also produced? What can fans expect from that?

Monster is done. Its heart is beating, and it’s chained down until we release it in October. I was asked if it’s a great KISS album and I said, forget about KISS – I truly believe it’s far beyond being a KISS album. It’s a great album of its genre with all the elements of all the classic bands that I listened to – all the music that inspired me – The Who, the Stones, Humble Pie, (Eric) Clapton, (Jimi) Hendrix, Led Zeppelin. That’s what I grew up with, and it inspired me to create passion, chaos, something sexually aggressive that’d celebrate life. That’s a description of rock ’n’ roll.

So many bands implode after they make it big. Do you guys still hang out together off-stage?

Well, Gene Simmons lives five minutes away – I can see his ego from here (laughs). We have a great relationship, and the key is knowing its limitations. If you want a family, go have one, as a band isn’t a family. It may start out like that, but if it evolves into something else you haven’t lost anything. I told this other very famous band, well-known for all their in-fighting, ’Look, if you make magic on stage, anything else is a bonus. Be thankful for that.’

You’ve outlasted all sorts of movements in music – punk rock, grunge rock. What’s the secret to the band’s longevity?

KISS’s appeal has always been timeless. It’s not about a movement, just a simple philosophy – you’re here once, let’s celebrate life and enjoy ourselves. And it’s about empowerment, believing you can accomplish something. We’re the proof of that. We were given up for dead before our first album came out, and I think we’re like a rallying cry to fans of what’s possible. KISS concerts are no longer concerts. It’s a tribal gathering.

I can see a day when I’ll say ’that’s it,’ but that has nothing to do with KISS. Members have been replaced before and I’m not excluded from that. The philosophy is, the band’s bigger than its members. You show a KISS photo anywhere in the world, and they know who it is even if they don’t know all our names.

What’s your view of the music business today?

It’s in shambles. I don’t even know if it’s a business now. It lost its footing when the internet arrived and ways to clamp down on piracy weren’t put into effect. Suddenly you had people file sharing, which is a nice way of saying stealing. You can’t share what you don’t own.

In 1999, you played the title role in a production of The Phantom of the Opera. Any more theatrical ambitions?

Sure. I love doing theater. I saw the show in London and I just connected with it, so I auditioned and got the part. I loved every minute of it.

You’re also a successful artist. What do you get from painting that you don’t get from music?

It’s a different mindset. For me, there are no rules with painting. When I started, it was an outlet – something cathartic, something therapeutic – so to put any boundaries or limits on myself went against everything I’ve always stood for. So there’s no structure as there is with music.