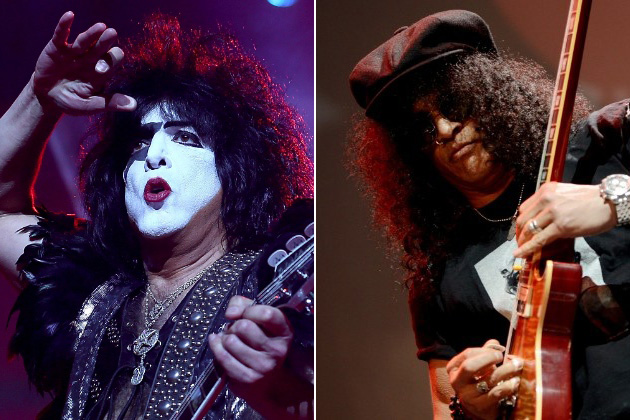 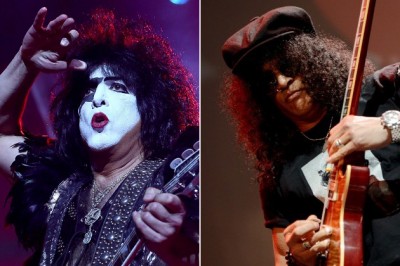 Paul Stanley says he had to teach Slash a pretty harsh lesson in rock and roll diplomacy back at the start of the Guns N’ Roses guitarist’s meteoric rise to fame.

In a story from his first-ever autobiography, ‘Face the Music: A Life Exposed,’ the Kiss frontman recalls the time he was asked to meet with Guns N’ Roses, who were about to start work on their ‘Appetite for Destruction‘ album. He wasn’t all that impressed on first sight, describing guitarist Izzy Stradlin as “unconscious, with drool coming out of the side of his mouth,” and Slash as “half-comatose.”

Stanley says he showed Slash how to tune his guitar in the five-string open-G method preferred by Keith Richards, and offered to put him in touch with people who could get him free guitars. Paul then went to go see Guns N’ Roses play two small L.A. club shows, which he describes as “stupendous.”

The second of those nights is apparently where trouble began between the two guitar heroes. “They weren’t happy with the guy mixing their sound,” Stanley recalls, “And Slash asked me out of the blue to help out. Decades later, Slash’s recollections of the night would be faulty at best. He liked to pretend I had dared to meddle with their sound.”

Things only got worse when Slash allegedly began dragging Stanley’s name through the mud. “Immediately after my interactions with the band, I started to hear lots of stories Slash was saying behind my back — he called me gay, made fun of my clothes, all sorts of things designed to give him some sort of rock credibility at my expense. This was years before his top hat, sunglasses and dangling cigarette became a cartoon costume that he would continue to milk with the best of us for decades.”