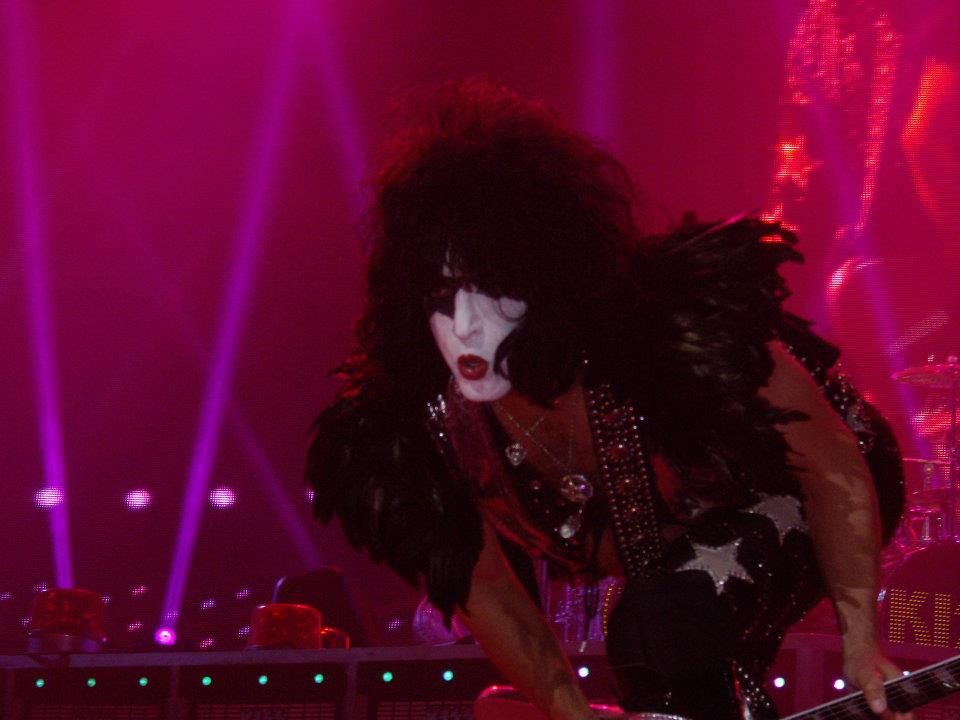 On June 1, legendary rockers KISS will kick off the European leg of their ”Monster” world tour in Stockholm, Sweden and they’ll have a new stage show for the trek.  VH1 Radio Network’s Dave Basner caught up with the band’s frontman, Paul Stanley, when he opened his new restaurant, Rock & Brews, in California on Wednesday and Paul spoke about what to expect from the jaunt.

”It’s really great,” Stanley said. ”You know, for so many years, we’ve talked about a new stage show and basically what we’ve been doing has been an extension of the old stage show.  So people would sometimes come and, obviously, the band does a great show and it’s great to be there, but some people would say, ’Gee, it doesn’t look that different.’  This is a completely different stage, it follows a really great theme, the lights are like nothing you’ve ever seen before.”

When pressed for more details, Paul said, ”Um… I hate to give anything away but when you see first photos of this new tour, and we’re headlining festivals all over Europe, I think people will be blown away by what we’re doing onstage.”

”Monster”, the 20th studio album from KISS, sold 56,000 copies in the United States in its first week of release to land at position No. 3 on The Billboard 200 chart.

Stanley recently admitted that he’s never surprised by how deep KISS’ fan devotion continues to run worldwide. ”It really for me, resoundingly once again, I guess validates for me why this band exists,” he told The Pulse Of Radio. ”It’s not a tepid recreation of the past, it’s really an ageless beast that dominates at will. It’s timeless.”