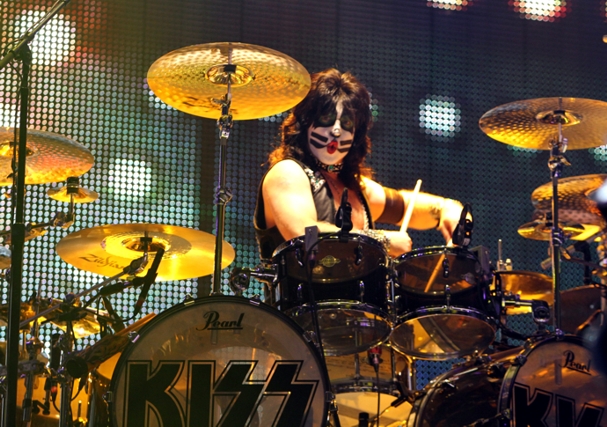 Singer: ”KISS has always been somewhat of a unifying and polarizing band. Just like buying a car buying a car or eating at a restaurant – you go by participation. If I don’t like something I don’t buy it. I don’t support it. You vote with your wallet, but KISS is about the show and about having a good time. Being in KISS is a lot of hard work. It’s not easy like everybody thinks. I’ve been in a lot of bands and nothing takes the amount of energy, effort and work as it does to play in KISS. I’ve seen Paul almost yawning before he goes on stage, but when the lights go down – BAM. He’s running around, jumping…What’s important is when you are on that stage. That’s when you have to give 100%..”

— On the KISS audience: ”We’ve seen how the audience has changed over the past few years. It’s now more of an all-ages show. I liken KISS to Disneyworld or Universal Studios

– it’s one of these spectacle things that you’ve got to go see.”

— On Heavy MTL: ”We love Montreal. It’s a beautiful city. I’m glad that we’re going back there to play the Heavy MTL festival

. And we have a day off there, which is very cool.”

— On the new album: ”We’ve done eight songs so far. Doing this summer run keeps it fresh, but mainly it gets you playing at a more intense level and that helps you bring that intensity back into the studio. Right now, the album doesn’t have a title because we’re not done, but this isn’t The Elder where we have a theme for the whole record. It’s a straight-ahead rock KISS record and I think this stuff so far is stronger better material (than Sonic Boom). It’s more riff-y which makes it more interesting.”

”This album will have more production (than Sonic Boom), so in that sense it might be leaning more towards a Destroyer type approach. I’ve asked to have my drums put in a bigger room because I want to get a big sound… a more bombastic drum sound. We’ve taken more time to get better sounds on this recording.” 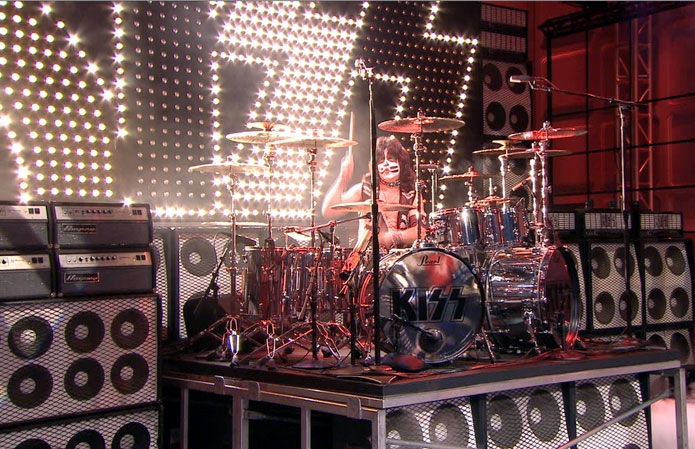 — On doing a vocal on the new album: ”There’s been talk about it, but until we do it… The plan is to have me sing a song and to have Tommy do one, but we’ve never asked to sing a song. Paul is the producer and that was his choice and decision. It was him encouraging me to sing. He knows that I’m actually shy when it comes to that. I’m not a shy person for the most part, but I am when it comes to singing.”

”A lot of people say, ‘I can play circles around that guy,’ but I realized a long time ago that you can’t let it be about you. You have to be smart enough to know your place in the band. You have to play for the song, play for the music and keep your own personal shit out of it. You have to have that attitude if you’re going to work for people. I’ve got to do the job that I’m hired to do.”

— On Vinnie Vincent: ”I won’t make any comments about Vinnie, but I do think actions speak louder than words and his actions have spoken very loudly. There’s a saying, ’the whole world can’t be wrong.’ It’s one thing to sit there and point the finger in a particular situation, but when that situation keeps happening again and again after a while you have to go, ’Well, wait a minute, maybe it’s not everybody else,’ but that’s all I’ll say about Vinnie. I believe that in life you are supposed to pave the road smoother for those that travel the road after you, not make it harder… and some people have made the road harder (that were there before me).”