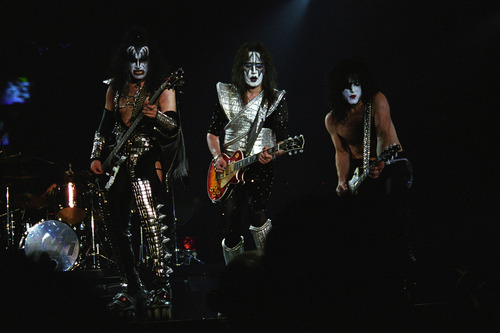 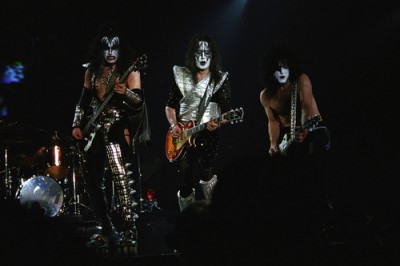 Kiss Stories#2: The Reunion Tour 1996
The original members of KISS reunited in 1996. My friend Denny Anderson and I drove into Hollywood on our lunch hour to buy the best tickets we could get; second row center, for the Los Angeles Forum shows.

The day of the show arrived. We met up in the parking lot. I decided to try to get my camera in. I knew it was a long shot.

The security guard came back with the bad news; “You’ll have to take your camera bag back to your car.” So I did. Knowing that Denny already had the camera inside the venue.

I came back minutes later and the same guard scanned my ticket and waived me through. I met up with Denny at our (second row) seats, with my camera!

The show started and I began shooting. Security immediately descended upon me shouting “You can’t have a camera in here!” So I stopped shooting… for a while.

It was film… it wasn’t a great camera. But i was happy to have a few shots of the reunion performance we’d waited so long for!”