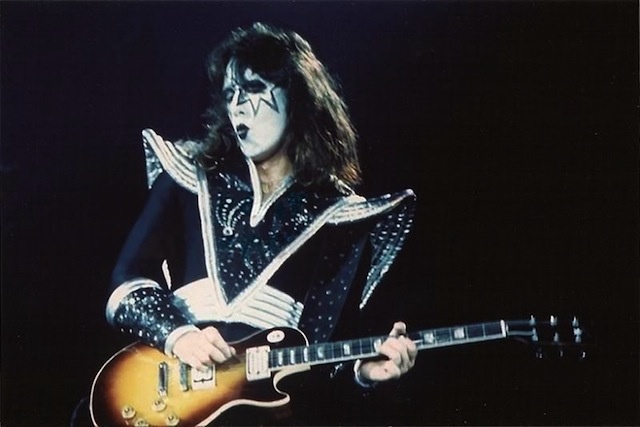 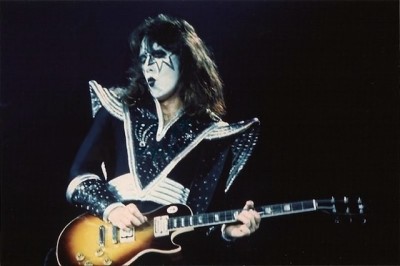 EVEN ACE FREHLEY THINKS KISS IS A CIRCUS

If you haven’t been following the ridiculous shitstorm that has been the prologue to Kiss’ induction into the Rock and Roll Hall of Fame this Thursday, here’s a quick recap: In the band’s fifteenth year of eligibility, the Hall was finally shamed into allowing one of the most successful groups in rock ’n’ roll history to pass through the pearly gates of their glorified gift shop in Cleveland. They even asked Kiss to perform at the awards ceremony at Brooklyn’s Barclays Center, but with a caveat: Guitarist/vocalist/narcissist Paul Stanley and bassist/vocalist/even-bigger-narcissist Gene Simmons would have to do the gig with original guitarist Ace Frehley and original drummer Peter Criss, both of whom originally split with Kiss in the early 80s, rejoined briefly in the mid-90s, and haven’t played with the band in nearly 15 years. Simmons and Stanley refused, saying they wanted to perform with their current Kiss bandmates, Tommy Thayer and Eric Singer. But the Hall gave them the finger on that one.

Meanwhile, Stanley is making the morning talk-show rounds, promoting his new autobiography and shit-talking his former bandmates (and Simmons) at every opportunity. “At this point, it’s becoming petty,” Frehley says from his hotel room in New York two days before the Hall Of Fame ceremony. “Those guys just come off so cranky. I mean, you’ve got millions and millions of dollars, you live in a big house, you’re a huge rock star, people all around the world think you’re great. What do you have to put people down for? Paul and Gene are way too uptight, and it’s making them look bad.”

Noisey: This whole Hall of Fame thing has turned into a real fucking soap opera, hasn’t it?

Ace Frehley: [Laughs] That’s a good word for it. I haven’t been paying too much attention to what people are saying on the internet, no matter who it is. I’m trying to finish my new record, so I can’t let that rent a lot of space in my head.

It seems like every day Paul Stanley has a new disparaging comment to make about you and Peter Criss.

One thing he’s been saying that makes a lot of sense is that the Hall of Fame has basically been shamed into inducting Kiss. They don’t really want to do it, but the demand from fans has been overwhelming for the past 15 years. Do you agree with that assessment?

There’s been a lot of pressure on them to induct us over the years, and they resisted. We could’ve been inducted 15 years ago. You’re eligible after 25 years as a band, but they waited 40. Sooner or later, it doesn’t matter to me. As far as I’m concerned, it’s a big honor and I plan to have a good time. Paul’s been getting involved with the politics of who’s being inducted—who should be, who shouldn’t be, as far as the people who joined the band after me and Peter left—but I try to stay away from all that stuff because it’s politics. I’ve always tried to keep music and politics separate.