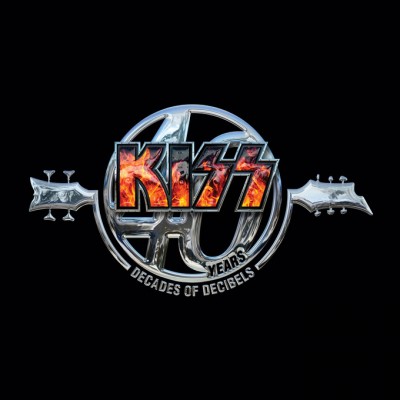 For 40 years they have been known as The Greatest Show On Earth’. 40 years!!!! That is what you call staying power and the thing about KISS is, that like bands such as The Beatles, Rolling Stones, Aerosmith, etc, it doesn’t matter if you weren’t born when the band started. This band are legendary. KISS are timeless. That is something you can only say about a chosen few.
KISS revolutionised how you market a band, especially on the merchandise front. You know when you go to a gig and you can buy all sorts of ridiculous bits of merch? Yep, that is all the fault of KISS. Toys, comics, pack lunch boxes, hell even coffins and condoms. It is without exaggeration that I can say, if you can buy it then KISS have their own version of it. They became more than just another rock band from NYC, they became a global brand. To be quite honest, nobody does it better. The image of the band is just as iconic as the music. The Demon, Star Child, Space Ace and the … *cough*…. Catman. Their make up is probably as recognisable as the McDonalds logo.
To celebrate their 40 years, the band are releasing this pretty awesome double disc album KISS 40 and my God it is wonderful. 40 tracks that visit every album but that is not all. You are treated to original demos of legendary tracks like ‘God Of Thunder’ which gives you a little more insight into the band. like pulling back the curtain on the Wizard of Oz. Also there are live tracks galore. You get a chance to hear ‘Rock N’ Roll All Nite’ live from their hometown in 1975. Even back then the crowd sounds humungous and shows how well the bands tracks have aged. Or a real standout on this collection is a live version from 2003 of ‘Detroit Rock City’ played alongside the Melbourne Symphony Orchestra. If this doesn’t put a smile on your face and make your arm hair stand on end then you are dead inside!
This is any KISS fans wet dream. Don’t know if it comes across here, but I am a proud member of the KISS Army and if you are not then you should be. You don’t just get classic tracks, live recordings, demos, etc on this, you also get a clutch of solo tracks from Ace Frehley and Gene Simmons aka The Demon which show that even solo the members of this band had talent but when they are together they are unstoppable!
There is nothing more I can really say about this that the band can’t say themselves. As Paul Stanley says at the start of the live version of ‘Deuce’ …. “what do you say we play some good rock n’ roll music and blow a lot of crap up”. Never a truer word said. Never forget at their heart, behind the make-up, fireworks, blood, costumes and merchandise galore, that is essentially what KISS are. They are a good rock n’ roll band. You can have every gimmick you want but people aren’t stupid and if you aren’t good people will soon get past the smoke and mirrors. KISS luckily are very good, very good indeed a fact that is proven 40 times on this album and has been proven every year for the past 40 years.
Happy Birthday KISS. Long may you reign!!!!