Kiss’ Music From “The Elder” 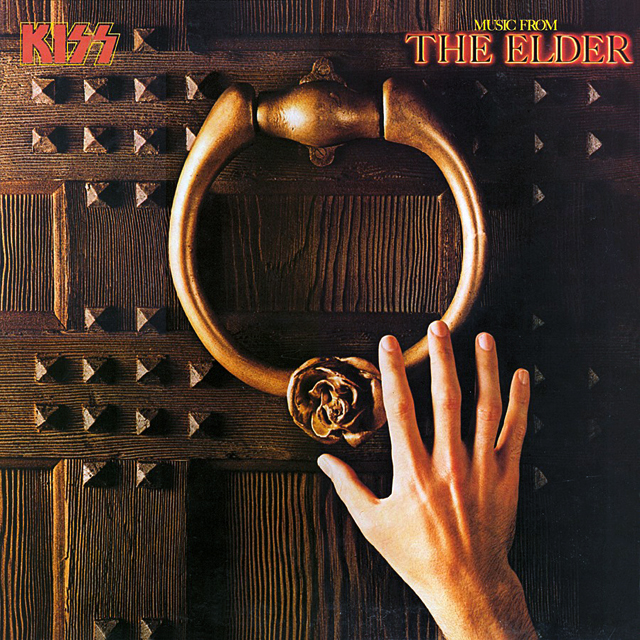 MY WORLD OF FLOPS 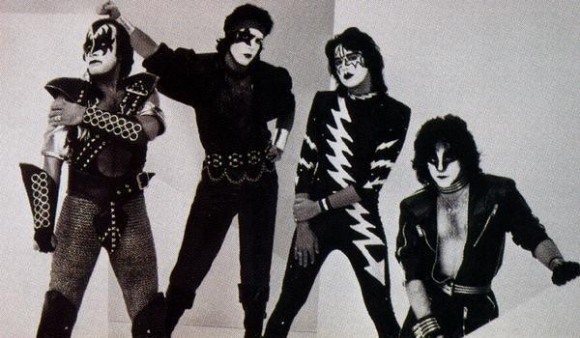 On The Wings Of Pretension Case File #5:

Kiss’ Music From “The Elder”

By the late ’70s, the warriors of Kiss had everything. The band didn’t just play cities; it conquered them. It didn’t entertain crowds; it slaughtered them. Kiss was bigger than rock. Kiss had its own army. It was an industry onto itself. There seemed to be no limit to how far these meatheads in ridiculous face paint could go. Kiss’ label, Casablanca Records, was giddy with the kind of superhuman confidence that comes from runaway success—the label had launched both Kiss and The Village People into the stratosphere and had come to dominate disco—and rampant, widespread, more or less company-mandated cocaine abuse.

Yes, Kiss had everything. But Kiss was an American rock ’n’ roll band, so everything was not enough. The group flirted with the idea of touring with a traveling amusement park called Kiss World before ultimately nixing the idea as prohibitively expensive. In a mark of hubris remarkable even for the era, Casablanca shipped 5 million total copies of the four solo albums the members of Kiss released on the same day. The idea was to launch four solo superstars simultaneously; instead the records were returned to Casablanca en masse. The world, it seems, had not been hankering to find out what Ace Frehley was capable of without the three other dudes holding him back.

The band embarked on a movie project that had been pitched to them as a cross between A Hard Day’s Night and Star Wars. The resulting made-for-television movie, Kiss Meets The Phantom Of The Park, did not quite live up to such grandiose billing, in the sense that it was an intense humiliation for everyone involved. Kiss may have started as a swaggering, ballsy hard-rock outfit, but by the late ’70s they had devolved into cuddly, family-friendly cartoons. Phantom Of The Park was even produced by Hanna-Barbera, the animation powerhouse that gave the world Hong Kong Phooey, Yogi Bear, and Tom and Jerry. Kiss made a mint in merchandising, but no one took the group seriously.

That shouldn’t have been a problem. Why should anyone take Kiss seriously? The members of Kiss were entertainers, not artists. They flaunted the vulgar artlessness of their music. Let the critics swoon over Elvis Costello and his geeky glasses; Kiss would rather have the money, the girls, and the power. Or so you might imagine. As the ’70s bled into the ’80s, Kiss leaders Gene Simmons and Paul Stanley began hankering for one of the only things money and fame cannot buy: respectability. They wanted to show those sneering critics that they were just as capable of making a grand artistic statement as all those pencil-necked geeks and guitar-stroking folkies.

To aid them in their exquisitely misguided bid for respect, the duo recruited a pair of figures synonymous with art: Lou Reed, the frontman behind the quintessential art-rock band the Velvet Underground, and Bob Ezrin, the producer of Lou Reed’s Berlin and the co-producer of Pink Floyd’s The Wall. Ezrin in turn roped in the big guns over at American Symphony Orchestra and St. Robert’s Choir to help Kiss realize its lofty vision.

Kiss had a history with Ezrin. He helped engineer a big leap forward creatively through his aggressive production of the group’s 1976 album Destroyer. More importantly, he was a man who had cracked the concept-album code and recently delivered a masterpiece of the oft-derided, oft-acclaimed genre in The Wall. Ezrin was also, in 1981, a man in the grips of a debilitating cocaine addiction he now willingly concedes might have tainted his judgment just a little. Ezrin, Stanley, and Simmons had big plans for the album that would become Music From “The Elder.” As the impossibly clumsy title stumblingly sort-of-conveys, the album was supposed to accompany a motion picture called The Elder about a land in need of a hero and a young boy (known as “The Boy”) who embarks on an epic quest at the behest of a mysterious order known as The Council Of Elders to realize his destiny with the help of an aged mentor known as Morpheus. 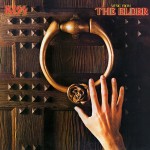 The plot of The Elder was originally supposed to unfold in a series of spoken-word pieces, but after the album received a dismal, embarrassed, and confused response from Casablanca and Kiss’ management, the spoken-word pieces were removed, with the exception of a closing bit of banter that suggests gutting the album’s narrative glue might have been a good idea. Let other, lesser bands make movies, then record soundtrack albums later: Kiss was going to will a motion picture into existence through sheer force of will, though after the Phantoms Of The Park debacle, it’s not exactly clear why Kiss imagined its future lie in movies, television or otherwise.

Music From “The Elder” was recorded in secrecy; Ezrin wouldn’t let anyone other than Kiss even listen to the album, nor would he let anyone interfere with his creative process or compromise his vision. Music From “The Elder” was always an all-or-nothing proposition. Either this was the album that was going to change everything forever, or it was going to be a huge embarrassment. There was no real middle ground. As if to drive that point home, Kiss’ ill-fated foray into the world of concept albums begins, wondrously enough, with the polite jingle-jangle of wind chimes sounding airily in the far distance before medieval pipes deliver a strong, albeit secret message: If you have any respect for the Kiss of old, you will turn this ponce-y bullshit off and go listen to Alive again.

Concept albums ideally combine universal themes with specificity. The Wall is about a rock star whose life strongly resembles Roger Waters, but it’s also about all rock stars and alienation in general. Music From “The Elder,” however, combines the blandly general with a maddening lack of specificity. The following track, “Just A Boy” is unfortunately descriptive: The protagonist of Music From “The Elder” really is just a boy, a heroic blank for the audience to project its own fantasies and aspirations upon.

“Just A Boy” suggests that the deep thinkers of Kiss didn’t just begin by immersing themselves in the ideas of Joseph Campbell; they ended there as well. Music From “The Elder” offers a quintessential hero’s journey taking the protagonist from a place of doubt and insecurity (“Just A Boy”) to a realm of confidence and self-assurance (the album-closing “I”) with all the expected stops in between.

The track that follows “Just A Boy,” “Odyssey” is a black-light Frank Frazetta poster in musical form, a sci-fi fantasia featuring a comically foppish vocal from Stanley and some of the most ridiculous lyrics in the history of the recorded music. “Through the luminescent night/On beams of neon light/You and I in wing-ed flight” minces Stanley with all the gloriously misplaced conviction that makes Music From “The Elder” so fascinating. Sure, the narrative bits are gone, but otherwise Music From “The Elder” commits itself fully to its cracked vision. There are no half-measures. Kiss means this shit.

Lou Reed’s presence is felt most keenly on “Dark Light,” a song so sneeringly out of place it seems to mock the rest of the album. Ace Frehley, who sings “Dark Light” and shares writing credits for the track with Reed, Simmons, and future David Letterman drummer Anton Fig, was on the outs with Simmons, Ezrin, and Stanley throughout the making of Music From “The Elder.” You can sense the tension in the dramatic contrast between Stanley and Simmons’ larger-and-dumber-than-life fantasy and Frehley’s smartass, monotone attitude. Where Stanley’s delivery is breathlessly sincere, Frehley is filled with mocking, malevolent sarcasm. That’s the right attitude to hold where Music From “The Elder” is concerned.

Kiss used to stand for something. That something was nothing beyond its own glory, wealth, and gratification. Kiss shamefully abandoned its lack of principles on Music From “The Elder.” Trembling sincerity did not and does not suit the group, as evidenced by the album’s sole semi-hit, “A World Without Heroes.”

a time without a place

a pointless thing devoid of grace

a state where you don’t know what you’re after, or if something’s after you

a bird without wings

a bell that never rings

a sad and useless thing

I like to imagine that Reed’s contributions to the songwriting process on “A World Without Heroes” were largely sarcastic, that he shot Simmons a big shit-eating grin and said, “Gee, Gene. You know what would be a swell lyric? ‘A world without heroes is like a world without sun.’ Deep, huh? That’s a real genius way for you to begin the centerpiece to your concept album; which is a great idea, incidentally. Who isn’t looking for a major artistic statement from you guys? And who better to sing a maudlin ballad about the need for heroes and dreams than a blood-and-flame-spewing 9-foot-tall asshole notorious for not giving a fuck about anything other than money and pussy? Who wouldn’t want to be lectured about responsibility by a man painted up to look a fearsome demon? Lumbering message songs always mean more when delivered by a grown man in Halloween make-up.”

The takeaway from “A World Without Heroes” is that the world needs both heroes and dreams. By the closing track, “I”, the protagonist has shaken off the insecurity and doubt that afflicted his younger years and fully embraced his destiny as a hero. “I” is a dumbass song of self, a breast-beating declaration that The Boy has learned his lessons well and is now ready to set out in search of glory.

“I” rocks moderately hard; it even ends by teasing a little “Rock And Roll All Night.” It’s a self-esteem anthem filled with Zig Ziglar-like aphorisms about believing in yourself and overcoming obstacles. Toward the end of “I,” Stanley abandons the frou-frou play-acting of the rest of the album and embraces his true identity as a balls-out rock star, though by then it’s much too late.

Then Music From “The Elder” ends as strangely and unsatisfactorily as it began, with a return of the fanfare and the following spoken-word exchange:

Representative of the Council Of Elders: Morpheus, you have been summoned here to offer your judgment of The Boy. Do you still deem him worthy of the fellowship?

Morpheus: (voice quaking with delight): I certainly do, my Lord. As a matter of fact, I think you’re going to like this one. He’s got the light in his eyes. And the look of a champion. A real champion!

The same, alas, could not be said of Music From “The Elder.” It’s one of the only Kiss studio albums never to go gold, plans to tour behind it were abandoned, and it was not turned into a movie. No, wait. That’s unnecessarily pessimistic of me. I will amend that last statement. The album has not been turned into a movie yet. Hope springs eternal. Let’s not give up on the guys and their idiotic dream just yet.

The Elder remains an enduring mark of shame for a group seemingly without shame, a Hail Mary pass for artistic and creative resonance that couldn’t have gone more astray. Music From “The Elder” won Kiss some of its best reviews, but that says more about the critical community’s raging contempt for Kiss’ earlier work than it does about the album itself. Music From “The Elder” remains one of pop music’s most tantalizing what-ifs. Think of it as an intriguing document from an alternate universe where Kiss really did give a damn, where it embraced its inner prog-rock geek and got all positive and uplifting and all that other fake, maudlin horseshit. Or think of Music From “The Elder” for what it really was: a dispiriting dead end disguised as a bold new beginning.