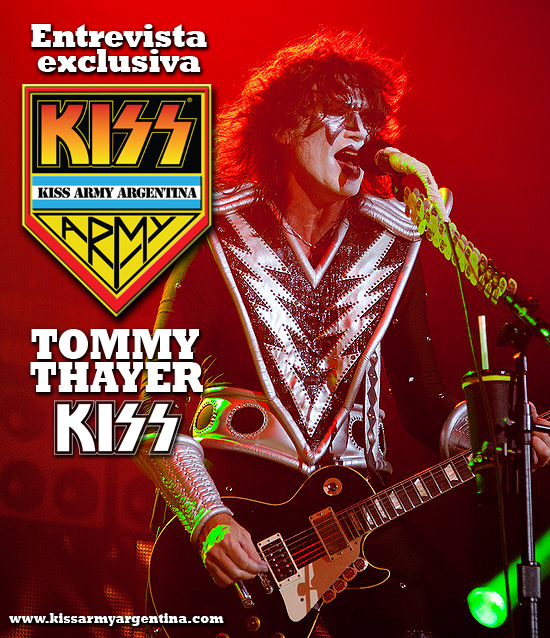 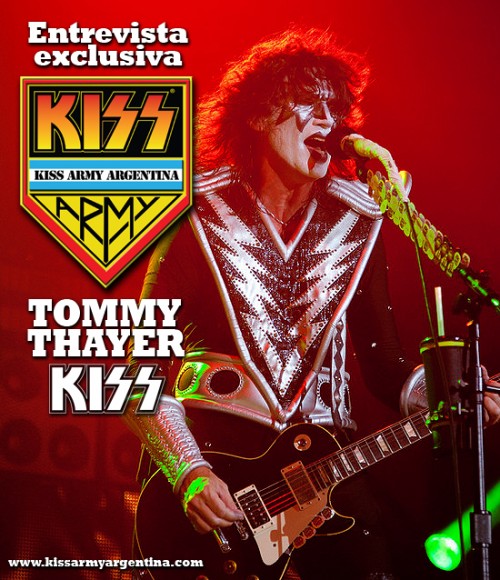 First of all, Tommy, thanks a lot for your time; it is an honor and a pleasurefor us.

It’s my pleasure and honor.

We, the fans, are anxious about the release of the new album. What can youtell us about it?

We’ve been recording the new album on and off now for several months. It’s going to bean incredible album. It’s very, very good.

The time and in a way, the approach, taken to record the album is differentthan in “Sonic Boom”; there has been a recent short summer tour and now you have resumed therecording sessions for this new album. Does touring somehow help to shape the new album, interms of, probably, getting and thinking over new ideas?

Not really; although being on the road together gives us the opportunity to easily gettogether on off days to work on ideas.

Probably more on this one.

Please tell us about the equipment that you used for recording the new album?

Again, I borrowed Paul’s Gibson SG guitar that really sounds great. I’ve been using one of my Hughes & Kettner signature amps along with a variety of other amps to get a nice scorching sound!

How would you describe the material recorded for the new album?

The new songs are GREAT, probably even better as a whole than SB. And SB wasfantastic.

It tough choosing song lists for a live set. When you have a brand new album out andpeople don’t know the songs as well yet, it’s hard to put more than two or three new songs in the set; morethan that and it kills the momentum of the show.

Is there an estimated release date for the album?

Some weeks ago Gene said that there will be new outfits and a new conceptfor the stage; is this true?

We’ve been talking about the show and stage a lot. There are some great ideas in theplanning stages right now.

Between the current projects there is the release of a DVD, “KISSology IV”,in which you have been actively involved; is there a release date already?

No specific release dates yet. I know it’s hard to wait!

You have been working with KISS for many years in different audiovisualprojects, from which we infer that you have access to a lot of unreleased material from differenteras. Among that material, we suppose that there are those famous Pro Shot files that Gene hadfrom the “Asylum” Tour; is this assumption correct? Because there is very little official materialfrom that era, and we the fans only have some bootlegs, and it would be great to have more officialstuff!

I will take note!

Talking about set lists, KISS has a huge amount of songs to choose.Knowing that there will soon be a new tour, are there any plans to renew the setlist? Because itwould be great to listen again to some songs, such as “Ladies Room”, “Take Me”, or “Mr. Speed”,to mention just a few of them, instead of some of the songs that have been consistently performedin the latest tours…

Which KISS song that has never been performed live would you like to play,if Gene and Paul gave you the opportunity to choose?

Is there an estimated date for the next tour already? And a question that wehave to ask: will you visit South America, and Argentina in particular?

Again, everyone will need to wait a little bit longer before we announce release dates, tour dates etc. After three years will we definitely be ready to tour South America again; some of the rowdiestfans in the world!

We know that apart from music, you have other interests; for instance, youare a very good golf player. Can you tell us how and when you became involved with this sport?

It’s a nice diversion from the rock & roll lifestyle.

Finally, could you please leave a message for KISS Army Argentina?

To KISS Army Argentina: WE LOVE YOU!!!