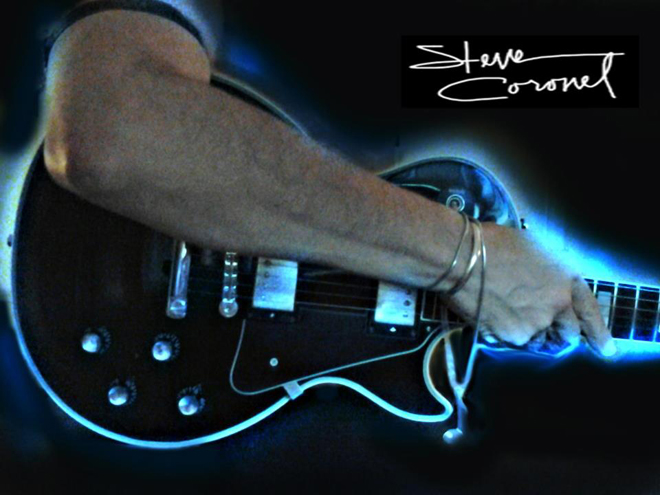 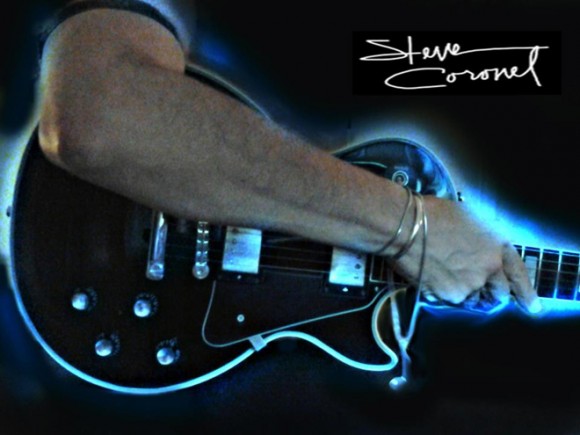 Steve Coronel talks growing up with the Demon and pre-KISStory

Steve Coronel is best known as the original guitar player in Wicked Lester, Gene Simmons and Paul Stanley’s pre-KISS recording act. That’s the tip of the proverbial iceberg though and while people would possibly still be lining up to interview Steve were that the only criteria he has lots of other interesting conversation points. He knew the KISS guys way before the fame and makeup and in fact, recommended a young Stanley Eisen come over to his apartment to audition for a band vacancy his best bud from junior high ( Gene Simmons) had. He’s a pretty damn good guitar player to this day (as I heard during the course of the interview) and songwriter having written the songs “She” and “Goin Blind” which are now rightfully considered KISS Klassics among a lot of material for his post KISS band, LOVER. Steve is an interesting guy with an interesting and down to earth viewpoint on one of the most idolized and sensationalized bands in rock and roll history. I make no bones about my love for KISS and constant quest for more KISS information so with that, I dialed up Steve who was fun, engaging and totally up for my questions. Read on…

LRI: I am still diggin some of your old songs. I caught your episode on Decibel Geek Podcast and really enjoyed it and I know you are doing a couple other interviews. Is it sort of surreal to be doing interviews again after all this time?

Steve: You know it’s a choice. I was recently interviewed for Sweden Rock magazine which was nice. I could have done these interviews a long time ago but I really don’t do these things for the ego boost. I have known people from that era in the 70s who were all about those little things they did back in those days and all about themselves. I realize I am a very small part of a very large organization. I’ve never wanted to embarrass myself by affiliating myself with things that I really don’t belong in. Recently, as tings have mellowed out a little bit more and there’s been so many years passed I have taken a little bit softer view on that time. That’s really my answer.

LRI: No, that’s a really good answer actually. I wanted to ask you about your musical stuff that you’re into nowadays because I know you’re enjoying that again. Are you thinking about putting something together and playing out live again?

Steve: Yes, we have a link with Sweden. KISS is playing in Stockholm and I’m going to try to set up a band to play there as well, we’re talking. I think it’s time, you know, I did my time with my wife and my family and I’m almost Gene’s age, a couple years younger than Gene. I look a lot younger than I am and still get asked at the liquor store which is really funny.

LRI: You have such a unique vantage point to the KISS story from having grown up with Gene. Have you thought of writing a book?

Steve: You’re probably the 6th person to ask me that John. I’m not sure how many people are going to wanna read a book of my memories of Gene although if you’ve listened to any of my other interviews it is pretty insightful for the die-hard KISS fans. KISS has an audience that are into every little fucking detail about these guys, how they lived, how they ate, how they shit (laughs). I could tell you everything about Gene from age 13 to age 21, everything, because I was with him all day, every day and the things I remember are unbelievable but to me it’s just the way it was. It’s not a big deal, it’s the same teenage stuff that all of us go through, regular shit. When Gene and I were together we were kids and we did what we did you know? If I did a book it wouldn’t be for the money. I’ve made a lot of money designing expos over the years. I’ve designed for every kind of budget, everything from 20,000 dollars to 44 million dollars, I’m not rich like a rockstar is but I’ve done okay. I’m comfortable talking about my time with those guys and I can tell all those stories all day long but I’m not looking to get paid for it. I’m realistic about that.