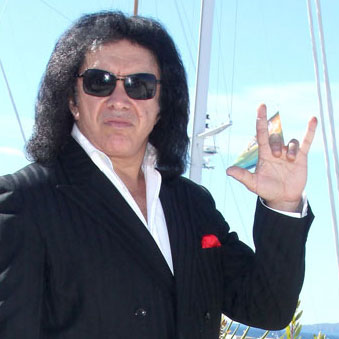 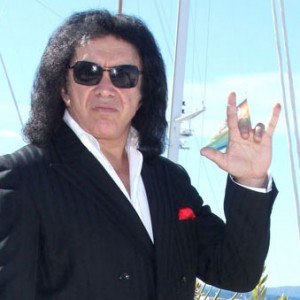 Gene Simmons: ’I do rock-star stuff, I’m not a plumber’. The Kiss rocker on fame, family and Shannon Tweed.

In Tuesday’s Season 6 premiere of A&E’s ”Gene Simmons Family Jewels,” an ongoing argument between the Kiss rocker and his longtime partner, Shannon Tweed, resurfaced, ending with her walking out the door with packed bags.

In your season premiere, you and Shannon have a tense discussion about your faithfulness, or rather lack thereof.

Every relationship has one of those discussions, what can I say? I worship the ground she walks on. We have two kids who are by most estimates the most charming — certainly in Hollywood — most well behaved, well-liked young people. Nicholas just graduated from college with honors — Pitzer, Claremont. Sophie likewise is on her way — totally different, computer sciences. She’s entering her second year.

By most estimates we have an idyllic life. We’re very bizarre. I’m the weird guy who throws up and spits fire and sticks his tongue out and does lots of other business ventures, not cross-collateralized. And Shannon, a former Playboy playmate of the year and the alpha woman of all alpha women, we decide to get together 28 years ago. We meet at the Playboy Mansion on ”Midsummer Night’s Dream,” the party where 300 playmates come with very little on and 100 men — producers and rock stars and so on — come with pajamas or underwear. It was not the most romantic setting, and yet we were immediately attracted to each other, and I was at the time in a relationship with Diana Ross and fell for Shannon, told Diana about it and within three weeks, I was shocked to find out that Shannon Tweed is in some ways Diana Ross’ sister-in-law. Because unbeknownst to me, Shannon’s sister, Tracy, was actually married to Chico Ross, Diana’s brother. If God and the fates have a sense of humor, that’s pretty bizarre.

Jung would call that synchronicity.

Yes, forever Jung. I do rock-star stuff, I’m not a plumber. And I’m always surrounded by beautiful women. I could be ugly as sin, they’d still be attracted to it. Power is the ultimate aphrodisiac. Nobody’s perfect, and neither am I. And I’m not willing to passively stand by and let 28 years of happily unmarried bliss go by without fighting for it. We all need someone to hold our feet to the fire. When you reach the heights of Mount Olympus and you become one of the gods — and I have because I’m the living rock god himself — who do you answer to? You’re surrounded by ”yes” men. The masses adore you. We have 3,000 licensed products, everything from Kiss condoms to Kiss caskets, and I need Shannon in my life. Not just because of love and family but because she holds me accountable.

How are you being held accountable if you still do it?

I’m not saying I do. We’ve been going to see a therapist, and we film it and I get royally embarrassed, as well I should. We also visit Israel, the home of my birth, where I haven’t been since I was 8 years old and discovered a brother and three sisters and then discovered my father had been married six times at least and has who knows how many other children running around.

Since you’ve been with Shannon for 28 years, what still bugs you about the idea of marrying her?

But when you’re with somebody for 28 years, legally, is there really a difference if you don’t have a piece of paper?

I have another Shannon question.

As many as you like. When I was growing up, I couldn’t stand Rock Hudson-Doris Day movies, but even to this day, the only thing chick flicks seem to be concerned about is, does he love me, does he not? Will he marry me, will he not? It doesn’t matter if the Earth is blowing up, aliens are landing, she does not care. I can’t stand it. I can’t stand ”I Love Lucy.” The whole show is about how she tortures Ricky. She talks too much. It’s like, please, I just got home from work, be quiet. On the other hand, Shannon does none of that. She’s the angel we all wish women were.

And I’ve been real clear that I’m not perfect. I’m delusional and think I am, of course, which helps me get onstage. The arrogance of being able to point to the audience and get away … well, certainly in the past, with waking up with girls whose names you never bothered to learn. I need Shannon to keep me grounded. She knew the big picture. She took photos and videos of the kids in almost every second of their life, and I look back and I go, ”Wow. You had all this planned out. How did you know about this?”

Were your kids a surprise?

I mentioned to a couple of people I’d be interviewing you, and their reaction was, he’s such an egotist.

Isn’t some of it shtick?

No. OK, that’s fine, but what they’re reacting to is they have small minds. When you’re a small person and you meet somebody with big dreams and big accomplishments, it comes off as arrogant. I was just honored by Dallas with a street sign [Gene Simmons Boulevard], and for an immigrant to come to America and hear, ”What are you, stupid? Can’t you speak English?” To be allowed to climb the ladder of success, egotist? You bet I am.