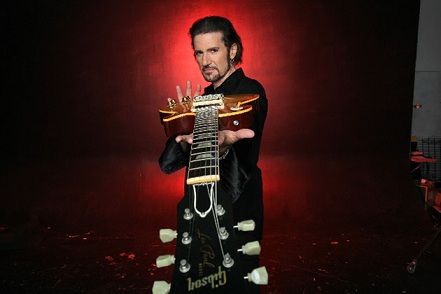 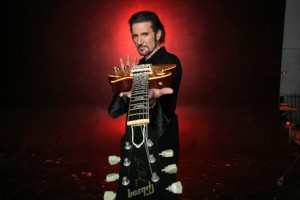 He’s recently released his 3rd solo CD, is touring the planet with a few different projects, and is also on Twitter. How Kulick is that! Or not? You decide.

We’ll turn it over to Bruce. Enjoy.

We’ve seen your face before Bruce and here we are again. What is new in your world, CDs, tours, plans, etc…plug away?

Last year BK3 my third solo disc came out. It featured Gene Simmons and his son Nick Simmons, Eric Singer, John Corabi, Doug Fieger from The Knack (who sadly pasted away last year), Tobias Sammet from Avantasia and Edguy, Steve Lukather and other guests. It got great reviews and to be honest, I am extremely proud of the songs and performances. It sold quite well which made me very happy. Due to a busy year of touring with Grand Funk, I didn’t get out in the US to support it, but did visit South America earlier this year in addition to gigs with the Eric Singer Project in Europe. John Corabi and I did some acoustic shows together in Italy and Poland as well. I am currently gearing up for a summer full of Grand Funk dates.

I am active with The Rock N Roll Fantasy Camp, and I am making plans for more BK solo gigs and dates with ESP.

What does Bruce Kulick do the first 2 hours of most every day?

Walk my dog, feed my dog, have breakfast with my dog, go to my office to answer emails and get ready for my day which can be many things both career and/or family related.

Thoughts on the killing of Osama bin Laden?

Great news…proud we got him.

It seems you still have your hands in KISS, obviously Grand Funk Railroad, and even ESP among other things. Any chance in the future of a reunion with UNION? And if yes or no, why or why not?

John Corabi and I in addition to Brent Fitz, have spoken about doing things if they come up right. John and I obviously are excellent together and Brent really is one of my favorite drummers, appearing on all my solo discs. ”No Friend Of Mine” from BK3 actually features the three of us on one of the best songs.

Name a KISS merchandise item you’d like to own, but don’t?

Bruce Kulick = 9 (I hold the non make up era intact)

What is more torture, listening to Gene Simmons talk your ear off or your brother (Bob Kulick) talk both of them off?

I will say family can be the hardest, as Gene I can just nod off to.

Speaking of torture. What are your thoughts on reality TV. And how has it helped or hurt rock n’ roll?

Name 3 actors to form a band with. You need a drummer, a bassist and a lead singer. No musicians, actors only. Who do you choose?

Math question. You head out on tour for 66 days. You change strings every 3rd gig, How many sets of strings do you use if you brought 3 dozen sets with you?

FU! I am musician not a Mensa member you freaks!

When I am alone in my room I usually…watch TV or play guitar.

Vinnie Vincent would be great as a….Klingon.

John Corabi naked is something…for the ladies not the men to see.

The biggest turn off for me is when a woman…screams.. ”Release the Kraken!!”

Right now Gene Simmons is probably….eating and making money, lots of it.

I remember when I formed UNION, I thought…I have to try to run a band without Gene and Paul. Hard to handle ALL the responsibility but happy I did.

Grand Funk Railroad is surprisingly…. An amazing classic rock band that everyone knows a song by.

If I tour more than 10 days in a row I get…Cranky and scream ”Release at the Kraken!”

One time at band camp…I kicked a camper for NOT obeying me. He is wandering in a corn field now…

On Sept 21st 1999 we asked you the following in 20 Questions interview with you.

Metal Sludge: What rock star deserves the biggest smack in the mouth and why?

Bruce Kulick: Axl Rose for not reforming Guns and Roses!!

It’s now been nearly a dozen years and a dozen new members as well. Has your opinion of Axl, Gn’R or any of this changed? And what if any thoughts did you have on the final arrival of “Chinese Democracy”?

I never bought it. I dig Slash.

Where is the strangest place you were ever recognized?

Hawaii on vacation at the breakfast buffet. Guy emailed a few days later!

Break Bread with the Dead: If you could bring 3 famous celebrities back from their graves to have dinner with, who would it be and why?

Marilyn Monroe. I want to hear some Kennedy dirt, Jimi Hendrix, to talk shop with, and Lou Costello. Made me laugh so much as a child.

On a scale of 1-10, if given the opportunity – what are the chances of you playing guitar in..

Have you ever heard of the band Fartbarf? If so, what are your thoughts. If not, please google Fartbarf and tell us?

Help! It’s the Planet of the Apes! Not my cup of tea but interesting….

What are your thoughts on the Feds busting into a house in a pre dawn raid with guns drawn, then taking a teenage kid into custody about a cyber hack related to KISS & Gene Simmons websites?

Don’t mess with The Demon!

Is it safe to say that Evan Stanley is already a better guitarist than his Father (Paul) as a teenager?

Evan has chops and feel…but can he sing like Dad?

How much cash money do you have in your pockets RIGHT now.. (change included)?

Sitting on the coach so none, but typically $50 or so. Modest compared to some of my friends.

The very last of Bruce Kulick…

The last time you autographed a UNION CD = last week

The last time you stubbed your toe = two weeks ago

The last time Gene Simmons called or text’d you = he emails…a month ago.

The last new band you were impressed by was = Brave Citizens. Still recording debut.

The last TV show you couldn’t wait to watch = Fringe

The last time you broke a guitar string live = year ago

The last time you cried = today doing this interview!

We thank Bruce for his contributions to the Sludge data base!