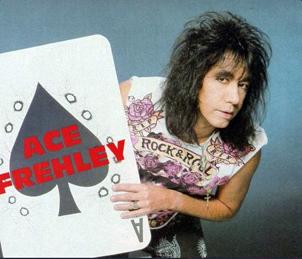 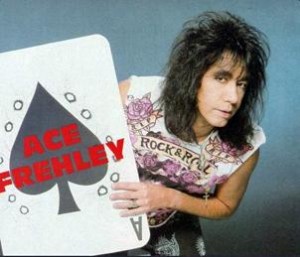 Ace Frehley is his own man without Kiss

Later this year will mark 40 years since Paul “Ace” Frehley answered an ad in New York’s Village Voice that would lead to him joining a band called Wicked Lester — which not long afterward became Kiss.

Frehley certainly doesn’t regret that decision, but the guitarist says he doesn’t miss being in the band these days.

“I like running my own life now,” says Frehley, 61, who served two tenures with Kiss, ending in 2002, and got sober in 2006. “One of the things that made me crazy when I was in Kiss was being at the mercy of Paul (Stanley) and Gene (Simmons), who were like workaholic. They wanted to tour constantly and record constantly, over-merchandise the brand, and that made me crazy.

“I’m not a kid any more. Touring constantly can be very exhausting. I don’t want to put myself in that position, so I’m happier with what I’m doing now.”

That doesn’t mean Frehley isn’t staying busy. He released a solo album, “Anomaly,” in 2009 and is preparing to make a follow-up. He’s also thinking about an acoustic album and has been approached by a filmmaker friend to score the soundtrack for a science fiction movie he’s working on. Frehley might also celebrate the 35th anniversary of his self-titled first solo album, which went platinum, by performing the album in its entirety next year.

And he’s working on a sequel to his 2011 autobiography “No Regrets,” which made the New York Times Bestsellers list and also topped Amazon.com’s music charts.

“Writing that book opened the floodgates and put me in contact with a lot of people I haven’t spoken to in a while,” Frehley says. “A lot of stories came up I had forgotten about, and there were a lot of stories I came across too late. I’ve spoken with a couple of my old bodyguards, roadies and stuff; they helped me with the first book and they’re helping with stories for the second book, too.

“I’m having more fun now than I was way back then because now, in a sober state, I remember what I do. That’s a nice feeling, to wake up the following day and remember what you did the day before. It wasn’t like that for a long time.”

Ace Frehley performs as part of the Rockin’ on the Riverfront series at 8 p.m. Friday, July 27, on the south side of the GM Renaissance Center in downtown Detroit. Admission is free. Visit www.gmrencen.com.