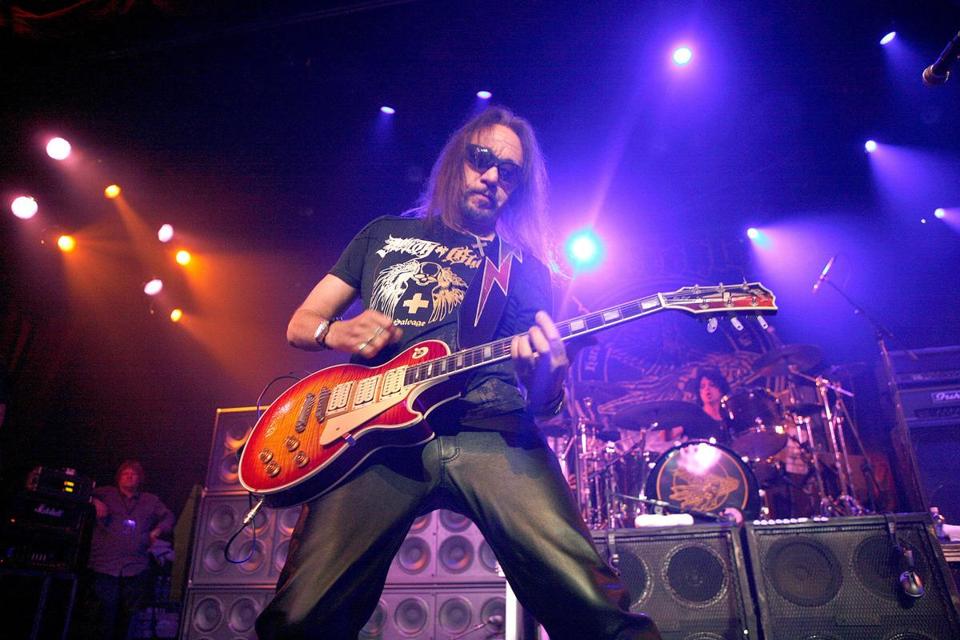 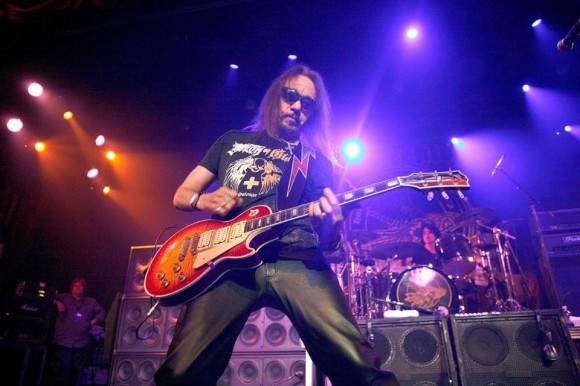 Ace Frehley’s KISS memories leave him with ‘No Regrets’

WHAT: As the original lead guitarist for KISS, Ace Frehley galvanized the KISS army with his riffs and solos on hits such as “Rock and Roll All Nite’’ and “Shout It Out Loud’’ and his “Spaceman’’ persona and makeup. Frehley left KISS in 1982 but returned for several tours – including a “farewell’’ jaunt – before quitting permanently in 2001. The guitarist chronicles his “KISStory’’ as well as his gritty childhood in the Bronx, his solo career, and his years-long struggle with substance abuse in his new memoir, “No Regrets’’ (Gallery Books), which is out now.

Whose idea was it to write “No Regrets’’?

People have been after me for years to write a book. Everybody kept saying [KISS bassist-singer Gene Simmons has] put out book after book, and we’re only hearing one side of the story. Once I got sober and my memory started clearing up, I figured it was about time I let everybody hear the other side of the story.

You actually say in the book that memory is a funny thing. There are certain times you remember very clearly and others where you felt you had to confer with other people. Were you surprised at how much you remembered?

I’m surprised every day. Almost every day I wake up and during the course of that day a memory crosses my mind that I haven’t thought of in 20 or 30 years. It’s a great feeling because my brain is healing from all the years of abuse.

Have you gotten feedback from the rest of KISS about the book?

I haven’t. I had lunch with Gene [recently] at the Beverly Hills Hotel and I gave him part of the book and the cover. We talked about the part where he saved my life.

Like many rock bands, you guys had your highs and lows, and it seems like you have a torturous relationship with them, especially Gene.

On all levels I love Gene. Outside looking in, people think we’re having this love-hate relationship, but it’s really mostly love. I don’t think Gene ever got over the fact that I quit the band in ’82, and I think a lot of his lashing out stemmed from him losing his bestest buddy. (Laughs.) Gene will always have a soft spot in his heart for me. I mean, we used to be roommates for years when we toured with KISS.

Looking back now in sobriety, are you amazed that you never seriously injured yourself or someone else?

It’s really a miracle, and I thank God every day. I don’t know that I’d be able to live with that. I injured a lot of egos over the years, but no physical damage.

You admit in the book that producer Bob Ezrin wrote the solo on “Detroit Rock City’’ and that you weren’t totally sold on “New York Groove’’ but took the advice of those around you to record it, and then it ended up being your biggest solo hit.

You know, the biggest fault a celebrity can make is to try to take credit where credit isn’t due. It was [producer] Eddie Kramer’s assistant who came up with the idea to do “New York Groove.’’ A lot of people think I wrote that song, but it was written by Russ Ballard from Argent. But it put me on the map as far as a hit single; it was a great song.

As a young music fan bluffing your way backstage, you managed to have encounters with some heavy hitters, including Jerry Garcia and Jimi Hendrix’s drummer, Mitch Mitchell.

It’s just so funny because you popped up in all these places like Forrest Gump.

Well, you know in those days I was a legend in my own ZIP code. (Laughs.)

The band’s decision to have current KISS guitarist Tommy Thayer wear your signature makeup is probably good from a brand standpoint, but it doesn’t sit well with you, right?

They do downplay the fact that it’s not even me. Not as much as they did initially. But the upside is I still get checks. So life isn’t all bad.