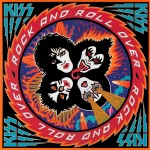 After introducing the original “KISS Girl” on the previous album in the form of “Beth,” “Take Me” introduced fans to equally fictitious Lucille. “Take Me” was written by Paul Stanley and Sean Delaney. According to Sean the situation wasn’t really one of co-writing: “So I think the first song that I actually wrote was ‘Take Me.’ What was really funny was I had actually written the song already, and Paul wanted some help writing a song. So I threw this one at him and Paul actually thinks that he co-wrote the song. He didn’t, the song had been written long before Paul” (Steve Stierwalt, Jr.).
Källa www.kissfaq.com