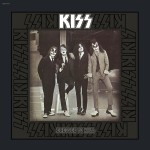 This Gene Simmons composition would certainly seem to be a somewhat cynical road song, though, like most of the material quickly written by the band for “Dressed To Kill,” it is hardly surprising that the members looked to their recent grueling year of touring for inspiration. However, Gene had noted this title for possible use during 1974. Typically “Gene” lyrically, the whole band worked on the arrangement of the song during the recording sessions.

According to Gene, “I had an original idea for a song about Ladies In Waiting, the double entendre of the old English phrase; ladies in waiting were high-classed women and sometimes used to describe prostitutes, but in either case, women of pleasure” (Box Set liners). While Gene’s conception of what an English “Lady In Waiting” (usually higher-class servants, to women of nobility, but servants, nonetheless) may be inaccurate, he wrote the lyrics to the song while the band was rehearsing the music. The recording of this song also features Gene playing guitar.