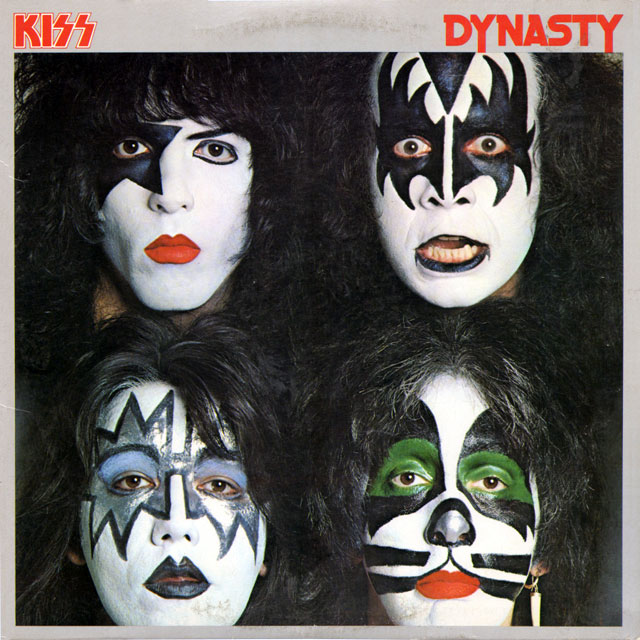 The only song on “Dynasty” on which Peter Criss drums, with the rest of the album being the work of session drummer Anton Fig. “Dirty Livin’” had originally dated to 1972 and was written by Stan Penridge and Peter while they were in their post-Chelsea band Lips. Like the transition from demo to album recording which had affected “Hooligan,” this song lost much of it’s’ funk when recorded by KISS, but would tell some of the story of Peter’s youth. In terms of the story presented in the song there are some striking similarities to the story told in the early KISS song “Black Diamond,” which Peter had sung.

Lyrically, this similarity is represented by the lyric, “I make my livin’ out on the streets,” compared with “Out on the street for a living” from “Black Diamond,” plus the allusions to “darkness.” A couple of other lyrics in the song, “I’ve gotta get away” and “Mainline out of China is due in tonight” also amusingly include the titles of earlier KISS songs which Peter sung, “Getaway” and “Mainline” respectively. However, the 4:38 demo version that Peter brought to th sessions was very similar to the final version recorded by KISS, though without the integral background vocals and somewhat funky vibe. Stan played lead guitar on the demo.

The disco remix of “Dirty Livin’” was only released in some European markets in late 1979 as the popularity of the song superseded the A-side of the single on which the track had originally appeared (“Sure Know Something”). The effect of the remix would be to take the pulsating rhythm of the original recording and make it more disco sounding, somewhat similar to the overall feel of “I Was Made For Lovin’ You.” This remixing would provide a rearrangement of the song and would also stretch the song’s length to 5:55. A 3:15 edit of this Jim Burgess remix was released as a promotional single in Mexico (Casablanca/PolyGram SN-210).