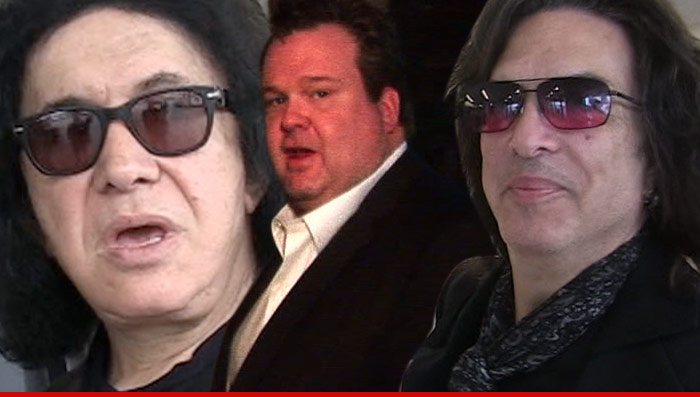 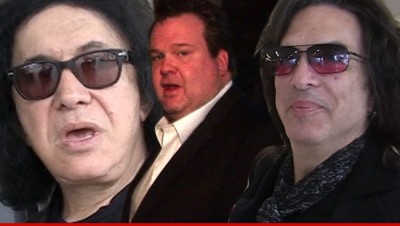 ”Modern Family” star Eric Stonestreet called out Gene Simmons and Paul Stanley for being rude to his mother on a flight yesterday, but Stanley claims the whole thing was a misunderstanding.

Stonestreet ripped the rockers on Instagram, claiming Simmons tried to ”bully” his mom out of her seat and then mocked her by asking for her autograph — and even threw in an old lady jab, calling her … ”Aunt Bee.”

But Simmons fired back … claiming the whole thing was made up, and he ”would never be mean, especially to mothers.”

Stanley also tweeted that the whole mess was just a ”misunderstanding of joking.”

Stonestreet accepted the sort-of-apology with a white flag tweet, ”Thank u for that. She did tell me you let her go first. I will tape my glow in the dark KISS posters back together now.” 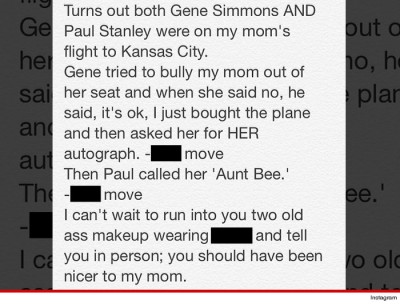