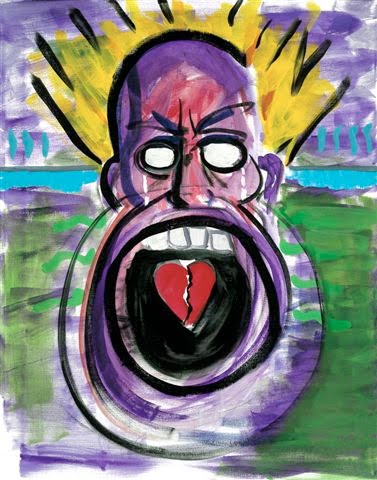 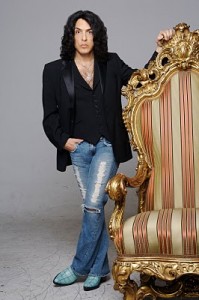 We all know Paul Stanley, lead singer of KISS. But you might not recognize him without his makeup (left, all photos and artwork courtesy and copyright Paul Stanley and paulstanley.com). What you might be surprised to know is that Paul is more than a musician: He is a prolific painter whose works are shown around the country and sell for big money. I was thrilled to get the chance to catch up with Paul, and he told me all about his artwork, KISS’s latest album and their recent appearance on Extreme Makeover: Home Edition.

Thank you so much for talking with me. I’ll get right into it so you can start your morning.

– My morning starts when my 3-and-a-half-year-old walks in the room.

That’s true. I’m thinking about the rock-star lifestyle, but you’re actually a family man as well. 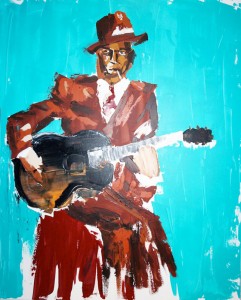 I think it is going to come a surprise to a lot of your fans that you are such a great artist. You fairly recently started showing and selling your artwork to the public — what made you decide to share it with the masses?

– I’ve been doing it for quite a few years now. I started painting 10 years ago really as a way of finding another creative outlet. I’m always looking for another way to express myself, and that’s how I attempted to find myself. So whether it was doing Phantom of the Opera or painting or doing what I do in KISS, they’re all ways for me to emote and stay creative. That’s who I am, that’s what’s in my blood. I originally painted with no expectations of ever doing a show or of ever showing anybody my art. It came about because I hung the piece in my house, and people kept saying, “Who did that painting?” And it’s funny because I wasn’t very secure or confident in my ability, so I never signed it. To this day that piece isn’t signed, but it gave me food for thought, because people seem to connect so much with it that I got talked into doing a show. At this point I’ve been averaging probably anywhere from 12 to 15 shows a year around the county, and they’ve been amazingly successful in a way that quite honestly leaves me speechless.

What do you like best about when you tour with your artwork and when you get to interact with the public?

– I think it’s terrific to connect with the people who have made you who you are, made your life possible. I never became famous to cut myself off from the people who made me famous. But, the great thing about art is that I think anybody who appreciates somebody’s work gets so much more out of meeting the person and getting a sense of what’s behind the piece. Ultimately, what’s most important is that you have your own sense of what a piece means because you’re taking it home.

Much in the same way that I believe that life and theater are, unfortunately, intimidating to people because there are critics whose livelihood depends upon convincing you that you need them to tell you what’s good. And I try to break through that, because whether or not someone else likes what you like is irrelevant. If you’re a vegetarian, what difference does it make that somebody else loves steak? So that being said, I guess I’m out there trying to not only show people who are collectors of serious pieces, I’m also trying to show people who have never been in a gallery how much art has to offer. I’m a big believer that whether you’re living in a van or a villa, art would look great on your wall. So, you don’t need a degree to have an opinion, and you don’t need an education to know what you like. You don’t need to justify your taste, and it’s enough that you like something. So, I try to get people to experience things that they wouldn’t necessarily experience and also enjoy it. 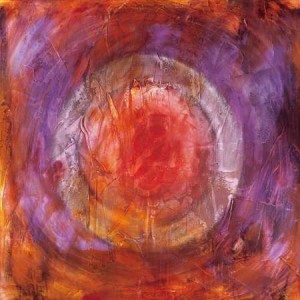 I’ve checked out the websites and galleries, and I don’t know how to describe art other than I like it or I don’t, and I do like yours. I love the use of bold colors — many of the colors remind me of the sunset in the Southwest, like Utah and New Mexico. I think it’s great that you are bringing your artwork to people for them to like, not to dissect, to declare: ”This is good!” or ”This is bad!”

– Oh, it does people such a disservice ultimately. It may guarantee somebody a job, but the fact that there are people around who somehow convince you that you need them to tell you what’s good is unfortunate. I’m here to tell you that you know what’s good. Good is what you like. Nothing more and nothing less. You don’t need to justify, qualify or explain what you like. And if you love something and somebody else hates it, what good is it to them? So, it’s purely an individual like or dislike, and I try to make sure that people can enjoy something without feeling that it’s a test and that there is going to be a quiz.

Do you get a lot of KISS fans coming to the openings or is it mostly serious art collectors, or a healthy mix of both?

– There is a very healthy mixture of both. Obviously there are a lot of KISS fans who come out of curiosity, and that’s terrific too because they’re seeing something they perhaps they wouldn’t see otherwise. And then there are people clearly spending unsizable amounts of money for pieces to hang alongside other pieces by other artists that they may like. It’s been a great cross-section.

– I think everything I write about or paint comes from my life. I tend to believe if you don’t wake up inspired everyday, you either should go back to sleep or turn your life around. Life on its worst day is a miracle. So, I tend to treat it as such. I celebrate life every day.

You’re not just a “hobbiest” painter — you’ve sold millions of dollars worth of paintings. If you had to make a choice between being a painter for the rest of your life or a rock star, would you be able to choose?

– That would be a very, very tough, tough choice for me. Thankfully I don’t have to make it. I came to art later than music in the sense of really applying myself to it, and at this point I can’t imagine life without it. 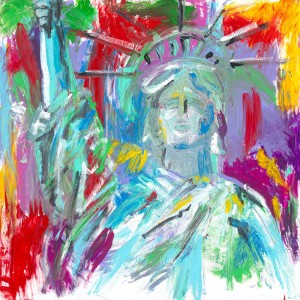 I was surprised to learn that you attended New York’s High School of Music and Art, for art not music.

– It’s funny, when I first saw Fame, and then I went to my school, I was expecting to see people dancing on the cars, but it wasn’t happening. For me, I put art aside at some point because I’m just not a fan of being told what I need to do by somebody else. Some people are cut out for listening to authority and some are just cut out for going their own way. I just soured on art, and I had people living their life through me or wanting to see me accomplish what they do. I’m the hardest worker you’ll ever meet, but it’s gotta be on my terms. So, I kind of got tired of art and put it aside. By the way, I also had the dubious distinction of probably being one of the few people to go to that school who ever failed art. That sets me in very lofty company.

I came back to painting and came back to art, because I needed another way to express myself. Whether it’s doing theater or whether it’s through Phantom of the Opera, I love challenge. I also have an innate sense of what I’m capable of doing, and I have to follow those inspirations and aspirations. Perhaps it serves in some way as a role model to others that if you have a true sense of what you are capable of, the only thing standing between you and success is you.

I know late last year KISS was touring in the U.S., and you begin touring in Europe in May. Is there a noticeable difference between the American KISS Army and the European fans?

– Interesting question. I have to say, worldwide it’s very much the same. I really believe that KISS has transcended everything that is rock-and-roll in the sense that rock-and-roll tends to be music that’s owned by a specific age group and to think of it as purely their music, when in fact with KISS, it’s more of a tribal gathering. It’s all ages and everybody feels a part of it because everybody believes in the same lifestyle and the same values — or lack of values. KISS transcends everything that other fans have to live within, and rightfully so.

KISS is such an iconic staple of anything in pop culture. You are referenced many, many times on TV shows, other music, movies — KISS was pretty much a main character in the movie Role Models.

– Yeah, we are a part of Americana, and we are part of everything that makes up the American lifestyle and the American dream.

Fans were thrilled that you released Sonic Boom back in October. Am I jumping the gun, but can we expect another KISS album within the next few years?

– Making that album was so much fun, and it reinvigorated and restated everything that we are that yeah, I think that we’ll see another album.

You are such a prolific songwriter. If possible, can you narrow down some of the favorite songs you’ve written?

– “Love Gun” is one of my favorite songs, because it’s simple and direct, and I love singing that every night. I love “God of Thunder,” because it’s always fun to know that Gene’s signature song was actually written by me. 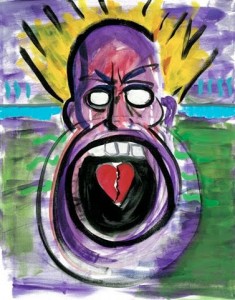 Can you tell me about the experience of appearing on Extreme Makeover: Home Edition?

– It was terrific, because basically a lot of schools and the school system in general are losing all their funding for music. It’s really criminal, because any scientific study has shown that programs in schools involving music only help with the academics and other forms of education. So the fact that they’re pulling the plug on so much of the music education is something that’s alarming. On that particular episode of Extreme Makeover: Home Edition, there was a family who basically were losing their house and they were big champions of music and music education, and they gave lessons. They had their home rebuilt, and through the Mr. Holland’s Opus Foundation, we gave a very, very handsome amount of instruments to a school that very much needed it.

I am so glad you are helping to bringing awareness to this. As someone who was in band and choir all through high school, it really saddens me to see the arts programs going through so much neglect.

– Oh yeah, it’s a calamity — it’s way beyond a problem. I think it has far-reaching implications.