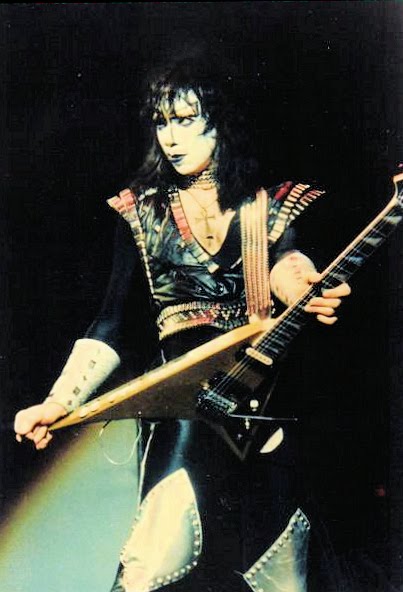 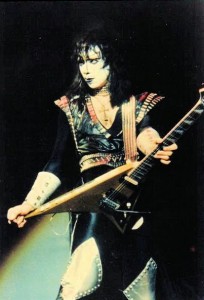 (CN) – Former KISS guitarist Vincent John Cusano, a.k.a. ”Vinnie Vincent,” lost his 6th Circuit appeal of an order barring him from seeking bankruptcy protection from paying more than $81,000 to his former band mates, whom he unsuccessfully sued for royalties in 1997.

Cusano replaced lead guitarist Ace Frehley in 1982 and played with the band for two years. He departed on bad terms, and later claimed KISS members Gene (Simmons) Klein and Paul Stanley owed him royalties for his work on Kiss’ 1983 album ”Lick It Up.”

However, a federal judge in Los Angeles ruled against him and awarded the KISS defendants about $66,400 in attorney’s fees and $15,400 in costs.

Simmons and Stanley asked the court for permission to sell Cusano’s copyrights to satisfy the judgment.

But when his former band mates sought to convert the petition to a Chapter 7 case, which is harsher on debtors, Cusano voluntarily dismissed his last two Chapter 13 petitions.

The KISS defendants called Cusano a ”serial and abusive filer who filed his petition in bad faith and has repeatedly abused the bankruptcy process” by voluntarily dismissing his Chapter 13 petitions three times in less than 18 months.

The bankruptcy court allowed Cusano to dismiss the third petition, but imposed conditions: He could not file for Chapter 13 protection for two years, and any future filing would have no impact on the legal fees awarded to Simmons and Stanley.

The conditioned dismissal ”would allow the [KISS defendants] to potentially see an end to the California litigation and collect on their judgment lien,” Judge Arthur Harris wrote for the bankruptcy appeals panel.

”The Debtor’s conduct in prosecuting his bankruptcy cases only when it suits him is indicative of a bad faith attempt to frustrate the [Kiss defendants’] efforts to collect on their judgment lien and constitutes an abuse of the bankruptcy process,” the court concluded.