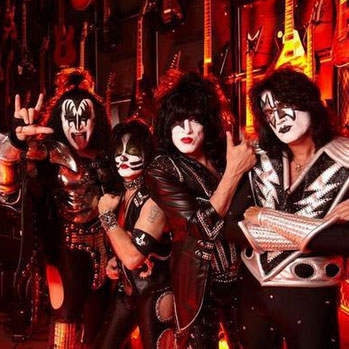 Gene Simmons recently mentioned in an interview on the red carpet before the 2011 American Music Awards that KISS’ forthcoming album ”Monster” will include ”15 brand new songs, all studio written by the band”.

KISS will do a world tour in support of ”Monster” that ”promises to take technology to the extreme”.

During the interview Gene ’updated’ the release date of the album to ”late Spring of next year”.

”Monster” is the 20th studio album from KISS. The album is currently being recorded at Conway Recording Studios in Hollywood, CA. ”Monster” is being produced by the band’s co-founder and lead singer Paul Stanley and co-produced by Greg Collins, as was 2009’s Sonic Boom. Gene Simmons has been quoted saying that the album sounds like a mix between ”Destroyer” and ”Revenge”.