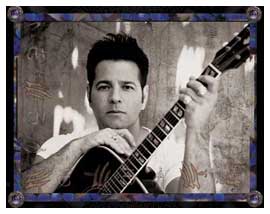 Vinnie called me up one day through a mutual friend that had told him about me. We got together in my home/studio. Vinnie played me some demos he was working on, and we wrote a song together. I think the song was “Do You Wanna Make Love”. We were discussing continuing our work when he received the offer to join Kiss. After he left KISS, he came back to me and we went into a recording studio and did about 4 more songs. Vinnie took the project to Chrysalis Records where he was able to land a deal without me. I found out what he had done, essentially excluding me from the deal, so as you could guess that that was pretty upsetting. I began to get calls from him to come and do the record, but I refused to because of what had happened. Then more calls came day and night from Vinnie explaining why I had to do the record. Apparently, Chrysalis had signed him for the sound we had made together; so many offers were sent my way by Vinnie. At the time, my son Austin was on his way, so it just made sense to do it.

The first Invasion album was one of the best sellers of the year for Chrysalis Record. What do you remember from the recordings of that album?

I remember the auditions for the other band members. That was when we found Bobby Rock. I thought he would make the group very interesting. As far as wild stories go, yes, there are some…When it was time for me to do the vocals for the album, Vinnie had wallpapered the vocal booth from floor to ceiling with playboy centerfolds. I thought that was pretty funny, I had nicknamed it the “titty box” and thought to myself, he must have quite a subscription. Also I recall my first day of recording when I walked into the studio and saw Vinnie’s amplifiers. There were about 8 Marshall stacks in a circle which looked like Stonehenge…a real scene out of Spinal Tap. Another time Vinnie was doing overdubs and his guitar kept getting out of tune. So after many times of trying to do this one lead, he finally had had it with the guitar’s tuning. He proceeded to throw the guitar on the ground, pulled his pants down, and piss all over it. We couldn’t go into the studio for about 3 or 4 days because of the condensation and odor.

Why did you leave almost immediately after the completion of the record?

I was never fired. Vinnie had a manager whose only experience was being a road manager. The manager had promised Chrysalis that he would tie me up in a contract. So at the photo shoot for the album, the manager came to me with this document as thick as the phone book and told me to sign it, saying “trust me, it’s ok”. I told him that I wanted to take it to my lawyer, a thing that is typical in these situations, but he insisted that I sign it right then and there. So I refused. Obviously I was once again pegged as a “difficult” person. He went back to Chrysalis and had to tell them that I didn’t sign, but he had already led Chrysalis to believe that I will sign. So he was caught in a lie and the shit hit the fan. So then I started getting calls from Chrysalis telling me to sign a deal which would tie me up without any money advances or anything. I said no to them, they threatened me by saying they would take my voice off the album, so I told them to do what they had to do. Obviously taking my voice off would have cost them a great deal more of money, but I never heard from them after that. They found another vocalist to sign apparently and they probably gave him very little money. A few months later I had people telling me to turn on MTV. So I turned on MTV to see the premier of Vinnie’s new video “Boyz Are Gonna Rock” expecting to hear their new singer’s vocals. To my surprise my voice was coming out of this guy’s mouth as he was dressed in leather pants with panties on the outside. So that was the first Millie Vanillie type situation. Needless to say, there was a legal dispute over it, which I won.