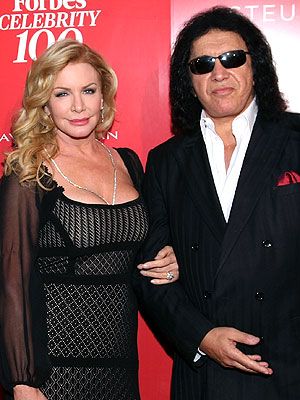 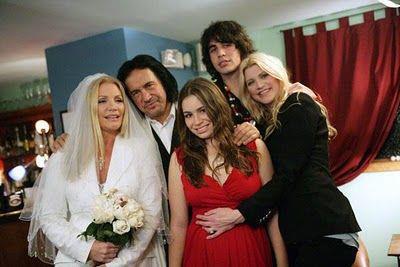 Gene Simmons and Shannon Tweed have made it official!

After 28 years together, the KISS bassist, 62, married his longtime girlfriend in an evening ceremony outside on the crystal lawn at the Beverly Hills Hotel on Saturday, their rep confirms to PEOPLE. The couple’s guests cheered when Simmons said ”I do” to his partner.

Tweed, 54, walked down the aisle in an ivory Priscilla of Boston gown – one of three dresses she chose for the big occasion – and carried a bouquet of ivory garden roses.

The couple exchanged vows they wrote themselves in front of 400 guests including Hugh Hefner, Bill Maher and his fellow KISS members (Paul Stanley was in the wedding party). The wedding will appear in the new season of Gene Simmons Family Jewels on Oct. 18.

Also in attendance were the couple’s two children Nick, 22, and Sophie, 19, who was the maid of honor.

And their planned first dance is quite fitting for a couple who have been together for almost three decades: ”At Last” by Etta James, to be performed by their daughter Sophie.