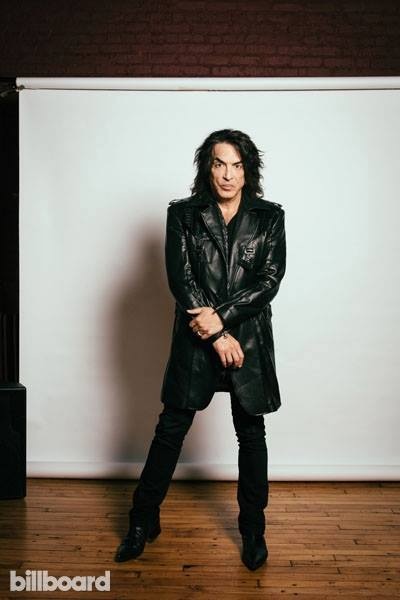 If you take away the black and white face paint, flashy stage outfits, and smoking guitars, KISS frontman Paul Stanley is an average guy—or at least he’s got average-guy priorities: staying fit, having fun, and enjoying his family. We recently caught up with the 61-year-old rocker, who told us why he stopped eating like a kid, how he balances his family with his tour dates, and his secret to avoiding drugs and alcohol when a rock-and-roll lifestyle practically spoon feeds you opportunities to indulge.

How would you say your diet and fitness routine today differs from your lifestyle in the 70s and 80s?

My routine then was: Eat whatever’s in front of you. Youth is incredible because you really do feel invincible. I had no real routine as far as diet; I ate what I wanted to. Back then I tended to eat a lot of sugars. I ate a lot of cookies, a lot of ice cream; I didn’t eat a lot of proper food. I started working out, doing a formal workout right around 1980. That’s when I really decided I needed to get in shape and it may have been because you just start to see a decrease—a change in your body. The workout I was doing then would kill me today.

What is your routine? Do you do it with a trainer?

It really depends. There’s certainly a time before a tour where you start to count days until you’re leaving and that’s crunch time—no pun intended. My workout is always with a trainer because, quite honestly, I don’t think most people are motivated enough to do what they need to on their own. You either need a spotter or you need a trainer. You need somebody there to push you to get that extra five.

You can’t do that unless you train for it. You can’t enter the Olympics unless you do your routine to get in shape for it. The idea of going out on stage on a tour without having prepped for it would be suicide, literally.

How did you avoid alcohol and drugs in a culture that is surrounded by it—and it’s almost expected of you?

Common sense. You just have to look around you, and you have two choices. You either go “Gee, I want to be just like him!” or not. In the music business, I always go back to, if all those vices and excesses were so great, you’d probably be doing this interview with Jim Morrison or Jimi Hendrix or John Belushi—but you’re not. If someone were to come over to me and say, “Hey, I’ve got something really cool for you to ingest. It’s going to make your teeth rot. It’s going to make you impotent. It’s going to make you lazy. It’s going to wreak havoc with your body and there’s a good chance that you’ll come down with hepatitis.” Well, gee, sign me up!

Between KISS’ debut and now, a lot has changed. How have you managed to balance a rock lifestyle and integrating to family life, more traditional life?

The whole idea of rock and roll lifestyle is a cartoon. It’s a caricature. And at times, it’s made up of people emulating others; a few who actually live that lifestyle and many who claim to live that lifestyle. Don’t kid yourself; the guy who’s onstage in ripped-up jeans is wearing as much a costume as I am. Sex, drugs and rock and roll…for a long time I said, “That’s great, you keep the drugs, I’ll take the sex and the rock and roll.” I want to remember tomorrow what I did tonight if it’s that good. I’d rather be alive and enjoy the rewards. And it applies to everyone in every life. It’s discipline, it’s understanding that passion for something is the key to success because passion will not only get you to success, but passion also gets you through failure. Those are the defining focuses of who I am and ultimately nothing’s more important than family.

Does it get more difficult when you’re on tour?

I try to integrate the two. I don’t go away for any length of time where I don’t get to be with my wife and kids. They either come out or I take a break and go home. I used to think it was important for them, I realize now it’s important for me too. Why was I late to call you? I was out with my 16-month-old daughter. Where was I this morning? I was driving my other one to school. At the end of the day, sooner or later, it comes down to family.

Any advice for budding musicians or artists to stay healthy and not fall into a life of drugs or alcohol?

You should always remember that the person who wants you take that extra drink or toke or share drugs with them isn’t doing it for you. They’re doing it because misery loves company.