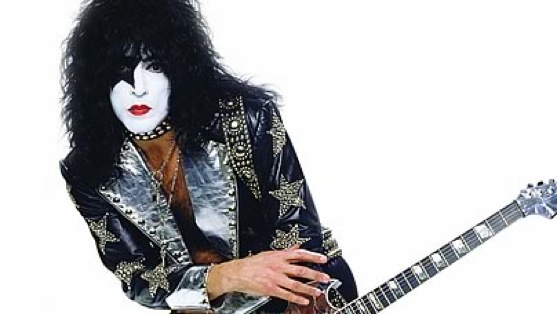 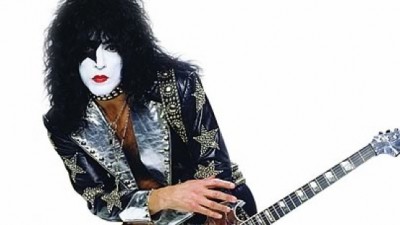 Catching Up With Paul Stanley

KISS has outlived most things its age (and probably more than a few cockroaches), as the rock and roll entity rolls into its 40th year. That means I’ve just entered my 36th year as a member of the KISS Army (does this make me a five-star general yet?). Of course, I’m not alone. KISS fans are as devoted (or gullible, depending on who you ask) as they come.

2014 is shaping up to be a big year for the most divisive band in the world. After 15 long years of eligibility, the four original members—Peter Criss, Ace Frehley, Gene Simmons and Paul Stanley—are finally being inducted into the Rock and Roll Hall of Fame. The band is reissuing its entire catalog (complete with cardboard Love Guns and posters) on vinyl. And Stanley—the Starchild and the glue who has held things together all these years—finally penned an autobiography, making him the final of the four originals to do so.

While there are plenty of nuggets about KISS’s early daze, Stanley doesn’t belabor the sex, drugs and minutiae that most KISS fans probably know anyway (although there are points early in the book, where it feels like Stanley whizzes through rock and roll’s impact on him). Instead the Starchild digs deep into the human condition, starting with his upbringing, where his parents were going through the motions themselves and found little time for young Stanley Eisen, who was dealing with his own insecurities (he was born with only one ear, and to this day is deaf on one side).

Things get particularly interesting at the low points in KISS’s career, which force Stanley to explore his relationships—personal and intra-band—and discover what he’s truly lacking in his life. And the later years, once Stanley starts a family, deal with divorce and the beginning of a new chapter with his current wife, Erin Sutton, all while keeping the KISS machine afloat.

For Stanley and the devoted members of the KISS Army, the band’s longevity perhaps offers some validation for decades of being the underdogs. At this point KISS has been part of my life so long, it’s hard for me to even explain what it all means. All I know is, I finally got to talk to Paul-goddamn-Stanley who, ever the rock-and-roll politician, was forthcoming, articulate and funny.

Paste: So, I rifled through the book. There’s a lot to chew on.

Paul Stanley: Well, you know, good meals should be savored and enjoyed.

Paste: So how did you decide what to include in the book, especially which details to include about yourself and your bandmates?

Stanley: Well, anything that’s in the book could have been expounded on ad infinitum. I wanted to give a clear picture of both my circumstance and my situation, without becoming redundant. So my goal was to write a book that could inspire other people, that could let other people know that even the people who you hold in esteem or aspire to be like may have stories that are more like yours than you know. I came from a dysfunctional background. I had a birth defect that brought me under a lot of scrutiny and ridicule. I’m deaf on one side. And yet over the years I found ways, or ultimately found the way, out of it. I [believed] that success and fame and wealth would be the answer to my problems. I was fortunate enough to succeed and attain those so I could see starkly that that wasn’t the answer. I’ve always been a survivor. And I wanted to document my life in a way that my children could read at some point and understand what I had gone through and what it takes to find happiness.

Paste: One of the themes in the book is that you say you overcame being judgmental toward people. Has it made you more sensitive to things like addiction, which your sister Julia, and obviously Peter and Ace, have dealt with?

Stanley: I think that addiction is a horrible end to, perhaps, a predisposed condition, disease or set of circumstances. The best way for people to deal with potential addiction is to get to the bottom of the issues that are fanning the flames. I’m a big believer in therapy. I’m a big believer in not sweeping anything under the rug, and confronting your issues, confronting your life and building a support group to make that possible. One of the issues and problems with addiction is that by the time people go to get help, it’s too late.

But just in general, it’s very easy to be judgmental because it makes us feel safe, and it makes us feel better than, and it makes us feel secure, when we’re really not. If we were, we wouldn’t be judgmental. Who are we to judge the person on the street who is begging, regardless of why they’re there? The disdain of looking at somebody and saying “Why don’t you get a job?”—we’ve never walked in their shoes. We don’t know what these people have been through. And, whether or not we can help them by giving them food, or a dollar, or whatever you want to give them, what’s wrong with a momentary reprieve from what they’re going through? Now, all that may sound very new age-Kahlil Gibran, but it’s true.

Paste: The book also touches on the fact that for a good portion of your life you were kind of a lonely guy…

Stanley: [laughing] I wasn’t kind of lonely—I was lonely!

Paste: [laughs] I was trying to be delicate with it. But as someone who’s listened to KISS most of their life, I could sort of sense that in some of your songs. You always seemed like a romantic in search of love. Do you think the book sort of solidifies what many KISS fans already knew?

Stanley: I think what it does, perhaps, is explain what some of them may think they know, and explain the reasons I am the way I am.

Paste: You take Gene to task in the book. There are even parallels to his attitude in the early-’80s and Ace and Peter’s—that, in your words, they were delusional as far as their contributions to the band. Why do you think yours and Gene’s relationship survived that?

Stanley: That’s really interesting. I mean, I just left him 20 minutes ago. There is a respect for each other. I don’t necessarily approve of everything he does, but how something affects you has nothing to do with the other person. It’s all about how you take it in. There are things about Gene that over the years may have annoyed me, and that’s OK. There are other times certainly where he did things that I felt a betrayal, and that he was taking advantage of me. But at the end of the day, Gene and I are brothers. We’ve been together 40-plus years. I know I can count on him in any situation, and we’ve only grown closer. Certainly we’ve had our—I don’t even want to say moments—we haven’t had moments, we’ve had weeks and months. Years. At the end of the day, both of us have always been about trying to do what’s best for the band. But, look, you know, a strong relationship gets tested from time to time.