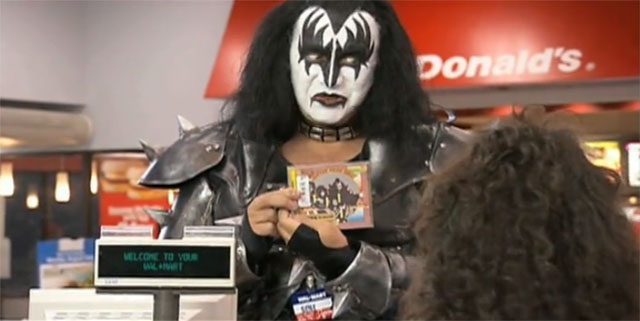 Barry E. Mallen, an attorney at the law firm of Manatt, Phelps & Phillips, is representing Gene Simmons against a complaint filed on December 24, 2009 by Nathaniel Marlowe and Cynthia Manzo arising out of an alleged assault Marlowe and Manzo contend took place the afternoon of December 19, 2009 at the Grove shopping complex in Los Angeles. Mallen described the Complaint filed by Marlowe and Manzo as ”opportunistic” and ”riddled with distortions and false accusations.” The complaint stems from events which occurred after Gene Simmons, Shannon Tweed, his partner of 26 years, and their seventeen year old daughter, Sophie, exited the movie theater at the Grove complex and were accosted by the thin, tall, tattooed Marlowe, who jumped at them and started yelling in their faces. While Simmons and his family attempted to walk away from their pursuer, Marlowe repeatedly converged upon them, while screaming and aiming a small electronic device at them.

Simmons asked the aggressor to keep his distance, but undeterred, the agitated Marlowe continued to approach Simmons while moving closer to Simmons’ minor daughter. When Marlowe approached Simmons’ daughter for the second time, Simmons, fearing for Sophie’s safety, placed himself between his daughter and Marlowe, grabbed the device out of Marlowe’s hand and moved Marlowe aside so his family could reach their car. Marlowe’s companion, Cynthia Manzo, joined him in the traumatic incident that ruined the Simmons’ family outing.

Simmons is appalled that people who attacked his family are suing him, claiming personal injuries, loss of consortium, and citing ”emotional distress,” when none of those charges are true. According to Mallen, ”we look forward to meeting these charges in the court room and proving them false.”