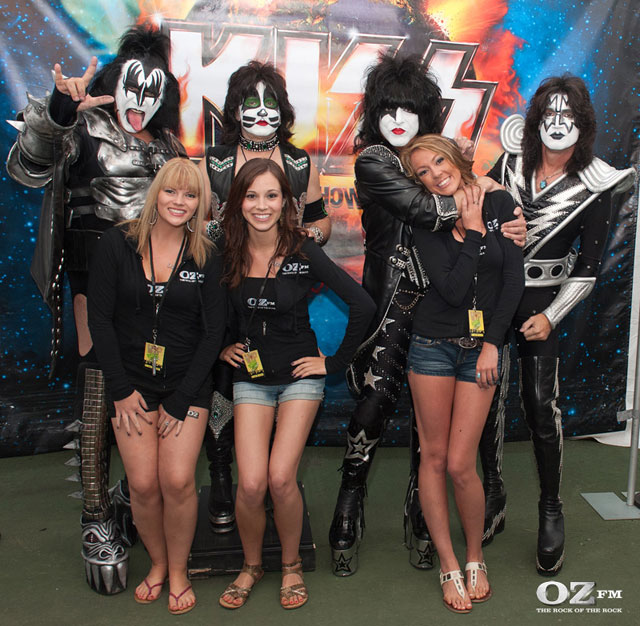 They’re called “The Hottest Band in the World” for good reason, and on the night of July 9th in Grand Falls-Windsor, a massive sea of screaming Newfoundlanders witnessed an incredible, explosive, fire-breathing rock ‘n roll extravaganza unlike anything we’ve seen before…

The weather was sunny and gorgeous all day, right up ’til KISS took the stage… and then, as if on cue, the heavens opened up and the rain came down. And nobody cared, because not even nature can compete with the sheer energy and fire power of KISS. An almost electric “we’re all in this together” vibe coursed through everybody there, as we shook off the rain and partied on the grass while KISS blasted through hits including “Rock & Roll All Nite,” “Strutter,” “Cold Gin,” Shout It Out Loud,” and “Detroit Rock City.” There were explosions. There were huge columns of fire. There was spitting of blood. It was bombastic rock ‘n roll at it’s finest.

Paul Stanley declared onstage, “Tonight, I’m a Newfie!” (He also pronounces “Newfoundland” the correct way.) The whole band showed much love and appreciation for the audience, whose spirits could not be dampened by rain, and we loved KISS right back. As the show ended, Paul promised “We will see you again!”

KISS, at the Salmon Festival Mega Concert in Grand Falls-Windsor, Newfoundland, was proudly presented by NTV, The Newfoundland Herald, and the Rock of the Rock, Newfoundland’s OZFM!