Kiss – Do You Remember 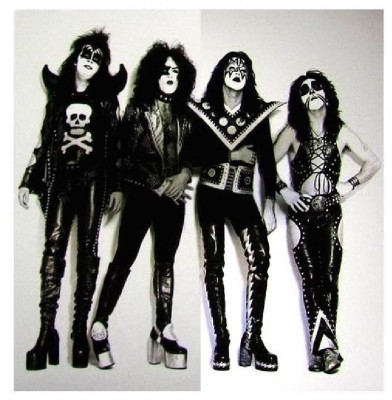 Contrary to popular belief, Kiss was not just about the makeup—it was the about the pyrotechnics, fake blood and high heels. Formed in 1973, the band made a name for themselves as a part of the glam rock-movement in a similar vein to the androgynous antics of the New York Dolls and Alice Cooper. So how exactly did a couple of guys who look like RuPaul’s Drag Race rejects become the idols of half the male population of the United States? Kick-ass guitar licks and Satan worship, that’s how.

Though they’ve enjoyed commercial success, Kiss has had a rough go of it on the critical side. Luckily, last week they were inducted into the Rock and Roll Hall of Fame—alongside Nirvana, Peter Gabriel and Cat Stevens, among others—after a nearly 15-year snub by the exclusive club of aging rock stars. For hardcore fans, the honor was a long time coming for Gene, Paul, Ace and Peter. Here we look at the long career of a band who fused pageantry and theatrics with a hard-rock edge.

On The Mike Douglas Show

Kiss’ second television performance, on The Mike Douglas Show, was also coupled with Simmons’ first on-camera interview. True to his demon character, he scared an uncomfortable audience with his trademark tongue wagging, prompting comedian Totie Fields to wonder if he was just a nice Jewish boy under all that makeup.