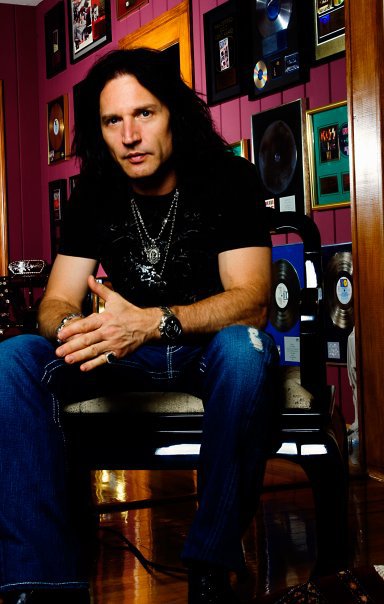 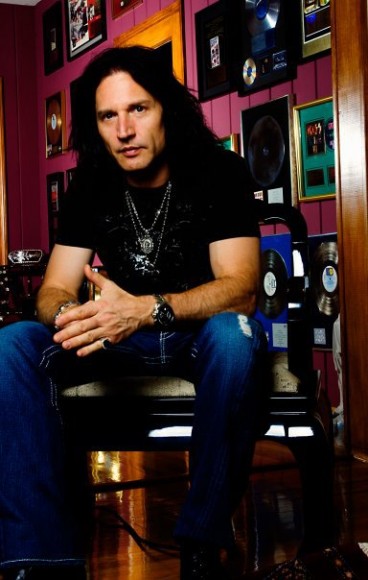 Legendary Rock Interviews catches up with Eric Singer of KISS

Eric Singer is an amazing drummer who has had a long career that has finally led to a plum job taking over the drum throne for my favorite band KISS. Eric has been playing with the band in one capacity or another since doing Paul Stanley’s solo tour back in ’89. I have interviewed Paul and some of the other KISS guys before but had never gotten to Eric so this was a pleasure to talk to him and get the update on modern day KISStory as it happens. Read on….

Thanks for taking the time to talk Eric you have been a big part of some pretty important music memories for us dating back to seeing you up here touring even before KISS.

How are things shaping up for Kissology 4 and the follow up to Sonic Boom?

Tommy is handling the KISSology IV and is should be great as he knows KISS as well as anyone. We are on our way with the ”new” record & will resume working on music after our summer tour. It sounds very strong and I think will surprise a lot of people !

Sonic Boom was the best recording the band has put out since Revenge. One of the knocks on you guys is that KISS is the Gene and Paul show but BOOM was more of a band effort than even some of the late 70s stuff which sometimes used outside performers or writers. How involved have you and Tommy been as far as writing and arranging?

We did Sonic Boom as a ”Band” in writing and recording. No outside writers and only our co-producer Greg Collins was involved in the recording process as far as sounds, production etc… We are using the same template for this new record and we all are very excited about what we have done so far.

I don’t mind admitting to being more of a fan of you and Tommy being in the band than some of the haters because the shows are BETTER and that’s all I care about. You’ve been involved in KISS for over twenty years and some are much more accepting of you than Tommy but are there STILL people who talk to you like you’re the ”new guy”?

All’s I have ever tried to do is contribute to keeping the flame alive & burning. To many fans KISS today is ”their” KISS. So I would have to say that Tommy & I are very comfortable with our places in the band. KISS 2011 has a great time touring & making music and I think it shows live and on record.

A lot of writers, we have always gotten fat on free tickets and albums; nowadays a lot of fans don’t even buy albums. I was happy, PROUD even, to go plunk down for the CD, the Vinyl, the tickets and an autographed Catman drum head. Have you been able to figure out what makes KISS fans so brutally loyal, even in an era like this?

KISS has something in the DNA of the band that they have never forgotten from day one. Give the fans what they want. Period.

You are a big fan of wristwatches. I think they are pretty cool too. Is it related to the drumming/timekeeping thing or do they just help you look COOL??!!

I am a timekeeper so maybe that IS the connection?? But, in all honesty I have been into watches and collected them since childhood… To me they are like micro-machines and art you can wear on your wrist.

You have played with so many bands, always making good music and now finally reaping the rewards of your career at this point. Is it much easier to enjoy the artistic end when there is a certain level of career stability?

I would have to say …Yes. I always have had a spiritual connection to my drums and remember that it has brought me to a place in life that I never imagined. Love of music never dies no matter what level of success you achieve.

If you don’t mind being frank at what point did Sabbath or Badlands STOP being fun or worthwhile and when is the right time for an artist to make such career moves?

You always learn and hopefully grow from all your experiences. I have to say I am in a better place in regards to my memories and thoughts about all the past bands and people I have worked with. Some of those situations were not great in the moments that they happened, but they were part of the process to teach me and get me prepared for other future situations that I needed the skills to deal with…

In regard to the bands you mentioned ? There is an old saying,

”Sometimes if you don’t make changes, change is forced upon you”

I guess it all works out in the end…

Some of my favorite stuff you have done is the live stuff, bootlegs, The KISS Unplugged album, etc. You also made an UNREAL live album with your side band E.S.P. (featuring Chuck Garric, Bruce Kulick and John Corabi). What made you decide to record that album and has Gene ever heard it? It has some of the best versions ever of ”Uncle Gene’s” KISS songs.

Thank you! The Live in Japan ESP CD ? That was done at the ESP Music School and they also had recording facitlites, so we just took advantage of the opportunity 🙂 Not sure if Gene heard anything…?

Gene and Paul have a bad rep in my opinion as far as being ”dominators” or ” bad bosses” but they are quite generous as far as letting you do lots of projects like ESP, Alice Cooper…hell, you and Gene both guested on Bruce’s album. Is it just a matter of keeping KISS the priority?

We have a great working situation as KISS exists today I must say. Everyone has their own outside lives and interests and I think that when we do anything KISS we all know where our hearts lie… KISS is #1 in all of our lives for sure.

Paul & Gene know that I always put KISS first and foremost and anything else I do is fine as long as I keep my priorities in order.

Tackling some of the other misconceptions; A lot of people feel like you dress down your drumming to try and ”copy” Peter and his kind of jazzy/bigband influence, that you play much harder usually. Is it true though, that YOU yourself had a lot of that same influence growing up?

I play for the KISS songs first & foremost. If anyone bothered to notice or remember, back in 1995 on the KISS Konvention Tour I really had stripped down my style (and drum kit) and made a concerted effort to be more mindful of the early style and versions of the KISS material. Just Listen/watch to KISS MTV Unplugged for reference.

I did start off playing in my fathers band when I was 14 yrs old! ! We sometimes played Big Band charts as well as the American Songbook of classics and all types of ethnic music as well. You would be surprised if you had seen me then !

I also was exposed to Big band drummers that my Father would take me to see like Buddy Rich, Louie Bellson, etc…

So it really is a part of my upbringing and influence

Your vocal style is likewise perfectly suited for doing Beth and Black Diamond and now its great that you and Tommy are getting the chances to sing not just live but on the albums. KISS was founded on the concept of all the members of the band taking turns and singing lead. Was singing ability an issue when either of you were being considered or trying out years ago?

I always could sing a little bit, just never was asked to much in bands. I come from a musical family and probably owe any vocal ability to my Mother 🙂

Paul & Gene didn’t even know I could sing at all when I joined KISS. I just said ”what parts would you like me to sing ? ” when I joined the band and it went from there.

Thanks again for putting up with us Eric we are RABID supporters of the band. One last thing, you are also a Midwest boy, an Ohio native….is there still anything special to bringing the show out to us hayseeds like there was back in the day when KISS lived and died by the Midwest?

I too come from the Heartland of America .

For this, we thank you…