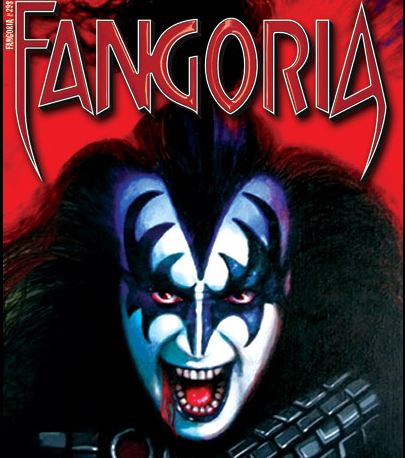 Ah, the concept album, the rock opera…the ambitious extension of every pop artist who tires of his or her trade and dreams of bigger fish. In the 1970s, as music and mass media leaned towards bloat, with bands like Queen, The Who and Pink Floyd conquering the charts and grand-scale cinema like STAR WARS owning the box office, Kiss decided to give the trashy rock-and-roll pulp they made their name with a rest and pursue loftier creative heights.

The result of their semi-delusional dreaming was 1981’s THE ELDER, a baroque, full-blown concept platter charting the story of a Luke Skywalker-esque boy who is called upon to battle the evil Mr. Blackwell and restore order and balance to the land. The album was the work of legendary producer Bob Ezrin (who helped shape the sound of hard rock’s first horror show, Alice Cooper), a Toronto native who had previously reinvented the band with 1976’s classic DESTROYER and had, at that time, just worked on Pink Floyd’s double-disc rock-opera juggernaut THE WALL.

Both Ezrin and the band (well, Gene Simmons and Paul Stanley, anyway) were convinced that THE ELDER would be the record to forge their new ”mature” path, a bounce back after the lightweight pop fluff of 1980’s UNMASKED. Kiss trimmed their hair and donned new, stripped-down costumes, and the cover was the first in the band’s history not to feature the freak four.

It was, of course, a gross miscalculation.

The album tanked, fans recoiled and THE ELDER pretty much drove a stake through the first wave of Kisstory. But time is a great healer, and over the years, many Kiss devotees have come forth and voiced their love for the disc (this writer included). Lush, evocative, frightening, beautiful and very cinematic, THE ELDER is such a breathlessly odd piece of work, so different from anything else in the Kiss lexicon, that it demands respect.

FANGORIA: To say one loves THE ELDER is-even now-not a popular sentiment.

BOB EZRIN: True. Not even amongst those of us who created it!

FANG: What can you tell us about the genesis of the album?

EZRIN: Well, the boys came to me with a bunch of really heavy demos, initially. They wanted to make a very intense record to combat the criticism of the last couple of albums. I had just made THE WALL, and I convinced them to scrap those demos and do something different. So THE ELDER was a victim of THE WALL and our mutual desire to do something ”important,” which really was antithetical to what Kiss was about. Kiss was never pretentious or precious and never took themselves seriously. They were always about fun, sex and power and were always, in effect, horror cartoon characters, so to suddenly do a concept album, something of ”consequence,” was an anti-Kiss idea. It was a flawed concept from the beginning.

FANG: Who was the driving force behind the record?

EZRIN: At the time, we were all looking for bigger, better things, and Gene-more so than Paul-jumped on the concept of doing THE ELDER. I’m not really sure if he came in with it or we developed it together, but we both evolved a script for a little film to accompany it. We thought it would be the beginning of multiple projects to go under the ELDER banner. We were wrong, of course. But Paul and Gene were really into it, and they put their all into it. They both had to step out of their personas, and it was really bold of them to do that. They were attracted to the classic rock, almost Beatles-esque, complex structure of the album…they were seduced by that. We were all trying to be artistes. It was a huge mistake.

FANG: It’s well-known that lead guitarist Ace Frehley was not pleased with this direction, failed to show up for sessions and quit the band soon after. But you had similar problems with Ace during the recording of DESTROYER as well, didn’t you?

EZRIN: People dwell on that, but it’s not entirely true. I loved Ace. It’s just that DESTROYER was a big project. It was ambitious and grandiose and had to be delivered on a finite budget in a very finite time frame. Gene and Paul were, as always, totally disciplined, but Ace was a free spirit and, like his persona suggests, a real space cadet. Sometimes we couldn’t find him when we were in studio and had to record, so we had to proceed with Biff Wagner playing his parts. But when he did play on the album, he was fantastic.

FANG: DESTROYER was huge, a landmark album-but it too was met with fan dissent, initially. Do you remember the backlash when THE ELDER was released?

EZRIN: I do. Here was this larger-than-life fantasy/rock record, filled with myth and violence and passion, and I believe some fans liked it. Some critics liked it too, which rarely happened with Kiss. But most fans couldn’t grasp it and they felt left behind, isolated.

FANG: What do you think of THE ELDER now?

EZRIN: There are some great moments in there, for sure, and some classics buried in the mix. But on the whole, it’s way too self-indulgent and way too overproduced. It’s also not fully realized. There’s not enough material, and the story is not fleshed out. It’s an interesting failure, I think.

FANG: And what about the commercial viability of the ”concept album”…is it dead?

EZRIN: I don’t believe so. Look at Green Day’s AMERICAN IDIOT. It was a huge album and then a big Broadway show. And listen, I hope it’s not dead, because I just got in the studio with Alice Cooper to do another concept disc, an album with a connecting thematic thread, so I’m hoping it is still very much alive and well!

Fango #298, coming in October, features lots more about Kiss and its place in the world of horror, including a major interview with frontman Gene Simmons.