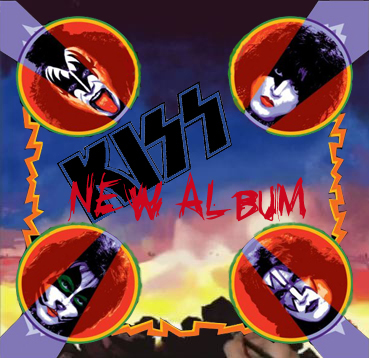 While doing interviews for his appearance in ABC’s Castle, Gene Simmons himself talked to UGO about KISS’ new album, and what lays ahead for the fiercest foursome of all time!

When asked about returning to the studio, he said ”We’re knee deep in it. Another studio record, [and] just to flex our muscles we’re going to go out and do fifteen shows this summer, in between the record.”

That’s not all, KISS kadets! When asked what the record was like he said, ”Meat and potatoes. You know its going to be like Santa Claus. Up and down, everybody gets used to this and that, and things change, and fashion changes, but it’s good to know that Santa comes, and he’s not going to change his outfit and you know what you’re going to get: gifts. Consistency of message.” KISS fans are going to get the same quality music they’ve recieved from their idols time and time again.

He went on to say that the album would be like ”Destroyer meets Sonic Boom meets Revenge.” No doubt, this upcoming album will be another return to hard rock for KISS, having them put aside lighter, catchy tunes, making this their Creatures of the Night of the new millenium.

After all, has the demon ever steered you wrong?