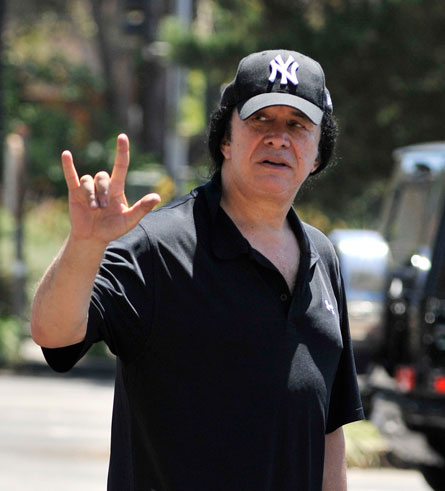 But you’ve already numbed all of your senses by staring at the face on Gene Simmons’ head in the picture above, so you might as well go all the way. While Gene and Shannon Tweed were out in Bel Air yesterday, the paparazzi asked to see her engagement ring. Shannon waved an empty finger at them. And then Gene told them he’ll really show them something before he dropped all them panties and gave them two Wonder Bread loaves with a sprinkling of saffron and ass pimples. Gene gave them (NSFWish) THIS! 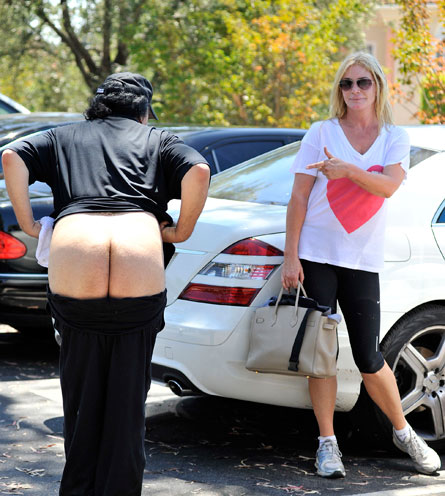 I know you want to zoom up into that butt cleave, so drop your tongue like Gene and get a little closer: 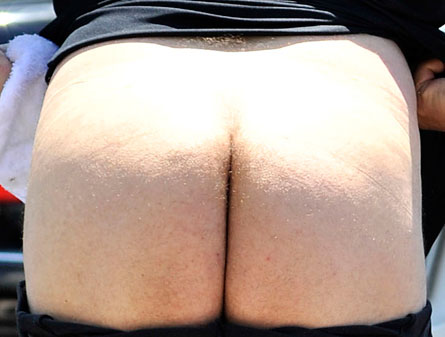 Yes, Gene’s nalgas are about as square as SpongeBob’s, but it’s not what I was expecting. I was expecting that shit to look like a curled up baby mountain gorilla with mange and eczema. Like a hair nest of dingles. But not at all! If I ever found myself in a basement in hell playing Spin The Bottle with just Gene’s face and Gene’s ass, I’d probably hope that the bottle would land on the latter. Gene’s tongue is so damn long that if he swallowed it, the tip would stick out of his anus hole and tickle your teeth. So that’s a bonus!