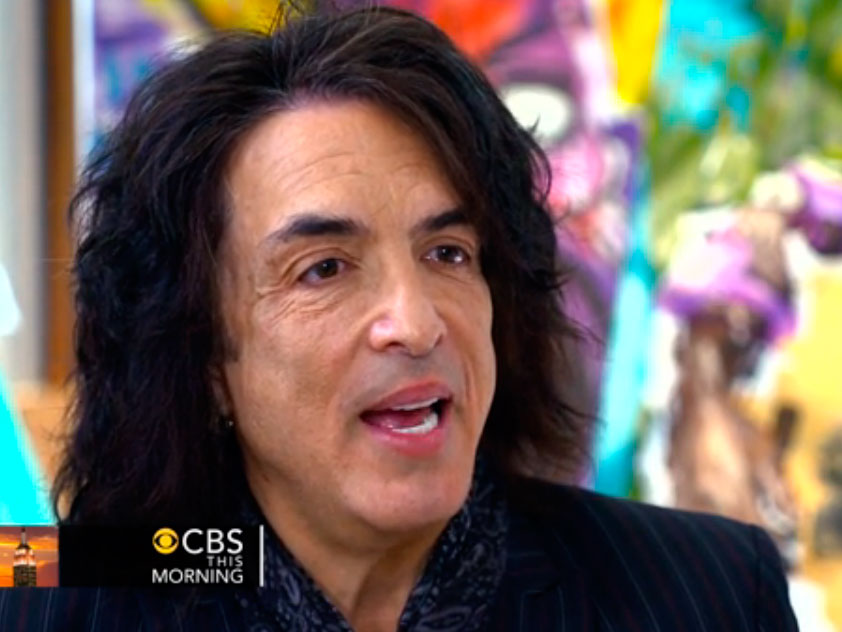 Paul Stanley and the heavy metal band KISS made it big more than four decades ago and he just put out a memoir called ”Face the Music: A Life Exposed.”

Stanley recently sat down with CBS News’ Anthony Mason. They talked about his ongoing feuds, and finally getting into the Rock ’N Roll Hall of Fame.

He told Mason that after 15 years of eligibility, the invitation still feels like a slap in the face.

Mason: You’re being inducted into the Rock n’ Roll Hall of Fame.

Mason: You don’t see it as an honor?

Stanley: I see it as dubious. We are the bitter pill that they ultimately had to swallow. Because they don’t like us. And the only reason they’re inducting us is because they begin to look foolish at some point for not having us in.

Despite six platinum albums in the 70’s and 100 million records sold, KISS has often been dismissed by critics who couldn’t get past the band’s cartoonish makeup and theatrical pyrotechnics.

Stanley: And if it’s bad reviews got me here, you’re in the house that bad reviews built.

That house, a Beverly Hills mansion, sits in the hills above Los Angeles.

Stanley: It’s certainly not the environment I grew up in. I was in the family room one day with my youngest and I said, ”I grew up in an apartment this size.” And he goes, ”Why?”

The son of Jewish emigrees, he was born Stanley Eisen in New York City with a deformed ear that made him deaf on the right side.

For most of his life, he hid the deformity under his long hair and his insecurities under the ”Starchild” makeup he wore for KISS.

Stanley: This lonely little kid who couldn’t get a date, didn’t know how to interact with people, couldn’t hear, had learning issues in school suddenly became, you know, sought after by women, envied by guys, sold millions of albums.

Mason: You were very driven from the beginning to succeed in this band.

Stanley: I think I was very driven period. It was to compensate to make myself feel more worthy by achieving things. My achievements now are my children, my wife. But it was a long road to get there.

One of his oldest friends is band mate Gene Simmons with whom he founded KISS more than 40 years ago.

Mason: Did you like him when you first met?

Stanley: No, I didn’t like him at all. There’s days he annoys me now. You know the squeaky wheel gets the oil. So he’s the guy who everybody sees as like the brains behind KISS, which is really he is the mouth behind KISS. I always tell people he lives two minutes away and I can see his ego from here.

But Stanley told Mason they’re now closer than ever. Stanley, however, rarely speaks with the band’s other two original members, guitarist Ace Frehley and drummer Peter Criss who left in the 80s.

Mason: Do you agree with it?

And when the Rock N’ Roll Hall of Fame asked the original members to perform together again, Stanley resisted.

Mason: For old time’s sake, one more time, you wouldn’t want to do that?

Stanley: How many times have you been married?

Stanley: How about for old times sake you go back and spend the night with your ex-wife?

Mason: That’s the way you look at it?

Stanley: That’s the way you’d look at it. You wouldn’t make good music.

To see Paul Stanley’s full interview, watch the video in the player above
© 2014 CBS Interactive Inc. All Rights Reserved.