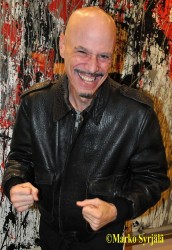 BALANCE BACK TOGETHER – LIVE SHOWS IN SWEDEN!

YES IT’S TRUE – The Iconic Melodic Rock Band BALANCE  is scheduled to regroup for a round of Live Shows based out of Sweden for the end of Summer 2014. This will kick off in the Swedish coastal town of Västervik (home of famous music festivals and the group ABBA), on Friday August 22, 2014. The next night, Balance will play in the university city of Linköping as part of its annual party. Both shows are sponsored by the Swedish national organization Sensus. Based on a Youtube viewing of 4 young 10 yr. old Swedish girls called the SeaTeens singing a cover version of one of the band’s well known songs ”Is It Over” at the Hojrock Festival in Västervik the summer of 2013, Peppy Castro (original founding member), was so taken by the videos  that it spawned the reunion of the band. The Melodic Rock and AOR scene are made up of legendary albums and bands, which, as time goes by, become even more respected among the community of fans. BALANCE is exactly one of those bands, whose name and reputation, like good wine, has stood the test of time for decades. Original members, Peppy Castro, Bob Kulick and Doug Katsaros, will be reuniting for a round of shows in Europe in late summer 2014 based out of Sweden where it has all started again thanks to Sweden’s own Sea Teens. As proof of the many talents of the artists involved in BALANCE, all members went on to brilliant careers in music following the group’s recording years. Grammy award winning Producer/Guitarist Bob Kulick’s credits read like a who’s who of heavy metal and rock bands, working in the studio, recording or producing or playing live with Meat Loaf, KISS, WASP, Paul Stanley Band, Lou Reed, John Cale, Michael Bolton, Dee Snider, Motorhead, Alice Cooper, Tim Curry, etc, etc… Doug Katsaros, Grammy and Emmy winner, sang & arranged for KISS, Rod Stewart, Cher, Bon Jovi, Sinéad O’Connor, Aerosmith and Georg “Jojje” Wadenius, among others, and he worked in several rockin’ Broadway shows, including The Rocky Horror Show and Footloose. Peppy Castro, Emmy nominated and inducted into The Long Island Music Hall of Fame, is considered to be one of the early pioneers of the Psychedelic Garage band rock era. His 1st hit record began at the age of 17 as one of the founding fathers of the legendary rock group, ”The Blues Magoos.” His rock and roll status led him to a starring role in the original Broadway Production of Hair. He has written songs for and sang on records by Diana Ross, KISS, Laura Branigan, Michael Bolton, Cher, Joan Jett, Ronnie Spector etc., and is even one of the producers of the hit off Broadway show (The Gong Show) in New York. All the members of BALANCE have had a long affiliation on many levels with KISS. BALANCE will be joined on stage with two seasoned and respected musicians who hail from the depths of the Swedish rock brigade. Jonas Wikstrom on drums and Dan Larsson on bass will complete the line-up of BALANCE. For more info on the members of this incredible band and their astounding list of accomplishments, as well as their music, check these links: Biographies: