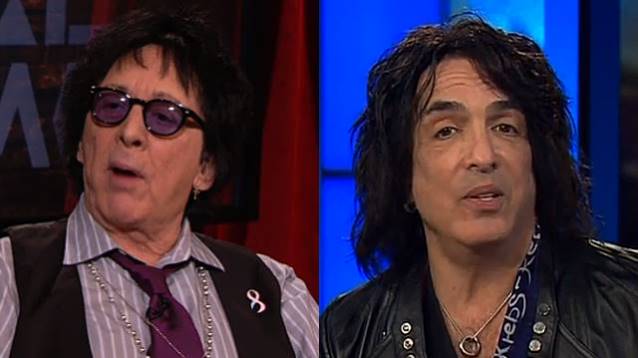 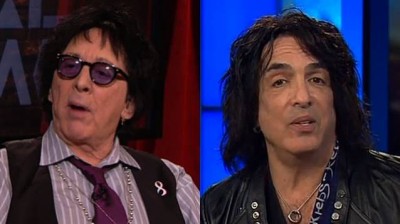 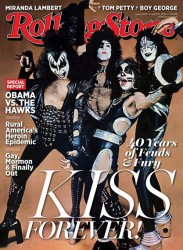 In the current issue of Rolling Stone magazine, KISS frontman Paul Stanley and original KISS drummer Peter Criss spar over the band’s hit ballad ”Beth”, which holds the disctintion of being KISS’ highest-charting single in the U.S., having reached position No. 7 on Billboard’s Hot 100 chart back in 1976. Criss claims to have co-written the song with the late Stan Penridge while Criss and Penridge were in the band CHELSEA. In the song’s original version, the title name was ”Beck” after Becky, CHELSEA bandmate Mike Brand’s wife, who often called during practices. Criss later received a People’s Choice Award for the track, which was heavily tweaked and arranged by producer Bob Ezrin for the ”Destroyer” album sessions.

Despite the fact that Criss is listed as a writer, along with Penridge and Ezrin, in the song’s official credits, Stanley claims the drummer had little to do with its creation. ”Peter can’t write a song, because Peter doesn’t play an instrument,” Stanley told Rolling Stone. ”Penridge came up with [sings], ’Beth, I hear you calling…’ Peter had nothing to do with it. Because if you write one hit song, you should be able to write two. That’s the reality. Devastating? It’s the truth. It was a lifeline that Peter hung on to validate himself, but it wasn’t based on reality.”

”Paul is so full of fucking shit,” countered Criss, ”’cause as a lead singer of the band he never got to write the hit. That’s his problem. They hated the fact that I wrote a hit record and won a People’s Choice.”

In a 2000 interview, Penridge was asked how ”Beck” was written and how much of it Peter was really responsible for, if any. ”’Beck’ was written, almost word for word, from Mike Brand’s responses to his wife’s constant calls that interupted our rehearsals,” Penridge explained. ”It got to the point where I wrote down his remarks over a period of 3 or 4 days in what I called my ’wizard book.’ It was merely a small notebook I carried to jot down silly sayings, sketch in, anything….to save ideas. If you look at the lyrics and view them as a hen-pecked hubby’s remarks to his nagging wife, you’ll see what I mean. Just pause after every sentence and pretend there’s a bitch at the other end of the line. You’ll catch it — I’m sure.”

He added: ”[Peter was] absolutely not responsible [for it] at all. Another poorman’s copyright by me in ’70.”