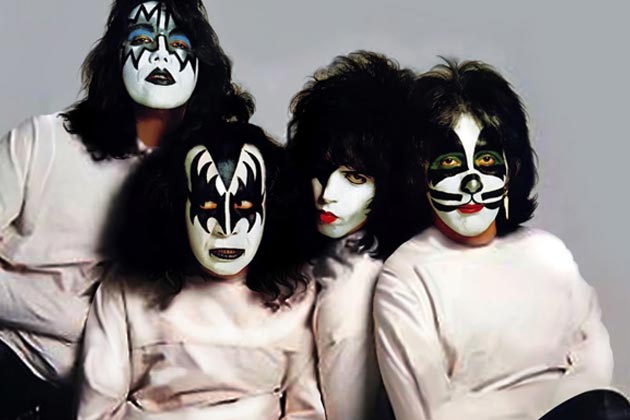 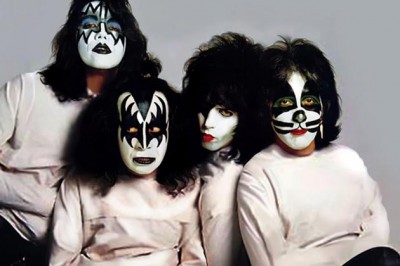 ‘Dynasty’ No More: When the Wheels Came Off The Kiss Empire

You know what the worst part was about Kiss‘ fall from grace in the late-’70s and early-’80s? They totally saw it coming. In fact, they did some pretty smart things to keep it from happening, or at least limit the damage. But their fates were sealed, and the first undeniable public sign of trouble showed up on May 23, 1979 in the form of their seventh studio album, the stylistically jumbled and ironically titled ‘Dynasty.’
In retrospect, the group’s amazing ascension to the top of the music world earlier in the decade masked some pretty serious internal relations issues. As the stories of their heyday have emerged in numerous books and documentaries over the years, it’s become pretty clear that the original lineup of Kiss was actually comprised of two very different sets of like-minded duos. At the risk of oversimplification or minimizing each of their very important contributions to the band’s success, let’s call them the hard workers (bassist Gene Simmons, guitarist Paul Stanley) and the hard-livers (drummer Peter Criss and lead guitarist Ace Frehley).
For a while this fragile chemistry worked well enough to create the six studio albums and two live collections that remain the primary cause of the group’s success and appeal four decades later. Everybody knows the story by now: four broke guys from New York City paint their faces and then spend several grueling years touring non-stop with an incredible live show, while their questionably recorded studio albums fail to sell well. All this hard work results in the “overnight” 1975 success of ‘Rock and Roll All Nite’ and the double-vinyl concert collection ‘Alive!’
This breakthrough was followed of course by more touring, three more chart-topping (and better produced) albums, and yes, even more touring, this time to sold out arena crowds snapping up Kiss T-shirts and lunchboxes and dolls and any other kind of merchandise the band could think to plaster their now-iconic painted faces on.
The only problem was, somewhere in the middle of one of those “and even more touring” jags, the band got really sick of each other.
Stanley and Simmons felt that Criss and Frehley’s substance abuse issues and general lifestyle choices were impeding their contributions to the band; one famous story had Ace skipping a recording session because he was at a card game. Meanwhile, Criss and Frehley felt their bandmates were too controlling, and holding them back creatively. Even as the band’s popularity was reaching still greater heights at the end of 1977 — with the release of the multi-platinum double-live sequel ‘Alive II’ — both Frehley and Criss expressed a desire to leave the band and start their own solo careers.
And here’s where the smart plan that could have saved the day was proposed. Instead of splitting up, the group would take a break. Each member would prepare a solo album to be released as part of a coordinated marketing campaign, with all four records coming out on the same day complete with matching album covers and of course, the Kiss brand name.
You can see the thinking: everybody gets some breathing room, and gets to have things their way in the studio for a while. But ultimately, they realize that they have a unique chemistry together, and that it’s much easier to succeed as part of a team. Then before you know it, it’s time for the newly re-dedicated Kiss to crank the album-making, touring and merchandising machines back up to full speed with big smiles on their faces.
Sure enough, all four Kiss solo albums came out on Sept. 18, 1978. But new problems began to emerge right away. It became clear Kiss overload had kicked in with some portion of the record buying public, who had also been asked to purchase a greatest hits album (‘Double Platinum’) just five months earlier. Although each of the solo records sold about a half-million copies, their label had printed up twice that many, costing them a small fortune and making a bad impression on record stores across the world.
More importantly to our story, as Stanley explained in his 2014 autobiography ‘Face the Music: A Life Exposed,’ the most the solo albums did in terms of keeping the band together was to put “a Band-Aid on a gaping wound. They put off something that was inevitable.”
Actually, they might have done more damage than that, particularly with regard to Criss. When it came time for Kiss to reunite in the studio, the Catman immediately ruffled feathers and dashed any sense of a new unity by insisting that the producer of his solo album, Vini Poncia, be hired to produce ‘Dynasty.’ As Criss explained in his book, ‘Makeup to Breakup,’ that move backfired big-time. “Paul immediately went to work on Vini. They started hanging out, Vini moved into Paul’s apartment, and Paul poisoned Vini against me.”
Whether or not that’s true, what did happen was that Kiss and Poncia decided Criss wasn’t even fit to play on the album. Session drummer Anton Fig (who played on Frehley’s solo album) filled in on every track except ‘Dirty Livin’,’ Criss’ lone vocal showcase. Fig’s participation was uncredited, with Criss appearing on the album’s cover and joining the band on the ensuing tour, but the wheels were greased for his departure from the group the following year.
On the flip side, Frehley was able to leverage the critical and commercial success of his solo album — definitely the best of the bunch, and featuring ‘New York Groove,’ the biggest single from any of the records — into more songwriting and singing space. In addition to tackling a straight-ahead cover of the Rolling Stones‘ ’2000 Man,’ Ace contributed two original songs to ‘Dynasty’ — the semi-autobiographical and extremely catchy ‘Hard Times,’ and the album closing ‘Save Your Love.’