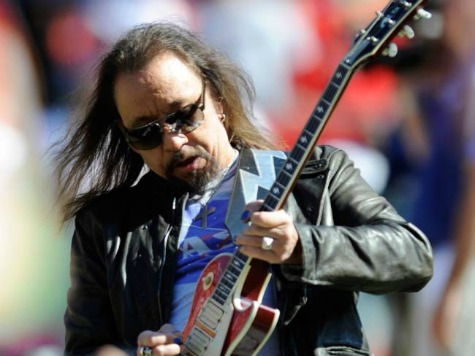 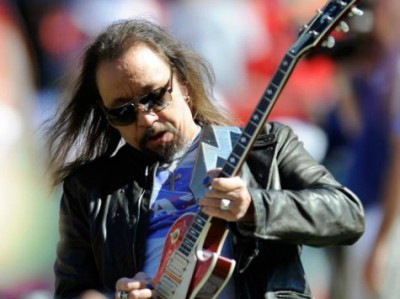 Former KISS guitar slinger Ace Frehley loves to taunt his ex-band mate Gene Simmons. What Frehley won’t do, though, is blend politics with his chosen profession.

frehley spoke to the hollywood reporter about a number of topics while promoting his new CD Space Invader, including his combustible relationship with the KISS co-founder. But it’s what the guitarist said about music and politics which sounded both original and heartfelt.

I don’t think people in the entertainment business should get too involved in politics because it kind of blurs things. I want people to stay focused on my music, not because I don’t want people to kill animals for leather. [Laughs] The whole PETA thing. I’m not saying it’s wrong for other people, but my personal choice is no. Let’s stay focused on the music. I don’t want to be part owner of an [arena] football team. [Laughs] That’s Paul and Gene’s newest venture. The first thing that came to my mind [when I heard that] was, ‘Hey, what about the music? Why don’t you stay focused on the music?’ It just seems like they’re spreading themselves a little thin. Maybe you should focus on your records a little more and they’d be better. And you can quote that.